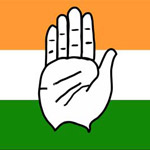 Everything you need to know about INDIAN NATIONAL CONGRESS: news, reviews, in-depth analysis, opinion and more

Indian National Congress the first and foremost political party in India with a rich history and glorious past that showed the shine liberation from the dark night of colonization to the Indians. Its role and activities in the development and progress of the country and during the freedom movement of India are illuminated in the jewel to each and everybody who has taken birth in Indian soil. During the pre-independence era its aim was to achieve freedom and politics from the foreigners? hands and after independence it devoted itself to the all round development of man as well as the country. Indian National Congress is the largest political party in India with a towering victory of both Lok Sabha and Rajya Sabha having a larger majority. Most of the times after the independence it has been ruling India and giving it utmost development that it wants to possess. In its first government, Jawaharlal Nehru was the first prime minister and the current prime minister in the Congress govt is Dr. Manmohan Singh. Indian National Congress is the pioneer of India?s development who is responsible for a larger development in the country. Though for some time it has been subjected to criticism still its welfare programs are much higher than its foibles. Congress has also ruled many states of India for its popularity there. The party has a large history of ruling and administration in India, thus has a rich history of taking out many welfare programs for the people. It has revamped the whole system of the country during its ruling over forty years. Thus the extrication and a larger development of India are the consequence of the effort by the largest political party Congress.

NATURAL WITH HINDI AND ENGLISH SPEECH