Everything you need to know about ALL INDIA ANNA DRAVIDA MUNNETRA KAZHGAM: news, reviews, in-depth analysis, opinion and more

Ms Jayalalitha Jayaram is the chairperson of All India Anna Dravida Munnetra Kazhgam, a regional political party in the southern Indian state of Tamilnadu, which was formed by M.G. Ramachandran and later on succeeded by Ms Jayalalitha. The party was founded in 1972 with its headquarters in Chennai. The party was formed as a split from DMK led by M. Karunanidhi and got a severe support from the common people owing to its human welfare programs and steps being taken to rule society with peace, tranquility and prosperity. This socially Democratic Party focused its attention mainly on the prosperity of all people irrespective of class, creed, religion, race, belief and caste thus gained momentum in its victory during the tenure of Ms Jayalalitha in 1991 and 2001. Ms Jayalalitha has been the champion of AIADMK from the time she took the burden of the party in 1991 and showed her excellence in the administration of the state by making it able to accomplish all round development and taking stringent steps against those who are violating the norms of the government and bring to the society unrest and discomfort. Though for some time people thought the party is unable to provide basic amenities to the people on the ground of corruption charged against her but she made it apparent again by her application of numbers of welfare schemes for the people. Thus AIADMK has emerged as a major political party in the sky of Tamilnadu and has some achievement for the people of the state. 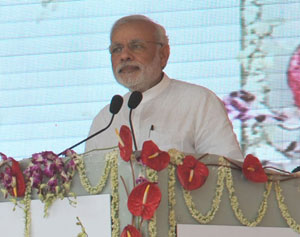