Google Android One Launched in India 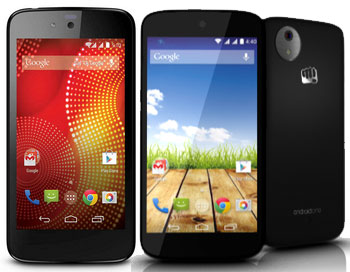 The launched phones are Canvas A1 from Micromax, Sparkles V from Karbonn and Dreams Uno from Spice.

These phone will be low-cost budgeted phone and the price will be less than Rs. 10,000/- These phones are targeted at the masses and will provide inputs in the evolution of Nexus series phones.

You can buy Karbonn Android One Sparkle V Blue from the snapdeal and Micromax Canvas A1 from the amazon.in. Both these phones are less than Rs. 7,000/- only.

Here are the general specification of these phones:

These phones are supplied with the accessories such as headphones, USB charger and cable as well as quick start guide in the box.