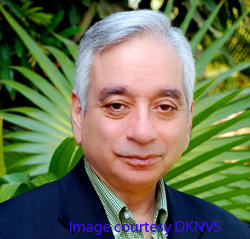 Dr. Kamal Bawa, an Indian-born biologist at the University of Massachusetts Boston, is awarded the Gunnerus Sustainability Award for the year 2012. This is world's first major international award for work on sustainability and Dr. Bawa has been awarded for his outstanding contribution to this field.

This international prize is to strengthening research and advancing the achievement for the scientific facits of the global challenges tied to sustainable development.

The first scientific committee which was appointed for 2012 set the prize money of total NOK 1 million. With this, Bawa will receive the Gunnerus Gold Medal and the award of 1 million Norwegian Kronor (about $190,000) at a ceremony in Trondheim, Norway, the university said in a press release citing a DKNVS announcement.

Bawa, also a faculty fellow at the Centre for Governance and Sustainability, is known for his research and biological discoveries in rainforest areas that include areas in Central America, the Western Ghats and the Himalayas in India.

He is also the founding member of serving as president, of the Ashoka Trust for Research in Ecology and the Environment (ATREE) in Bangalore. Recently, he has also held the Ruffolo Giorgio Fellowship in Sustainability Science and Bullard Fellowship at Harvard University.

Gunnerus Sustainability Award will be presented in every two year. Detailed specification of the scope of the prize will be decided by the DKNVS board each year. This year, the focus was on the field of biodiversity. So far, it is the first such international award to promote sustainable development.

As per the written statutes of Gunnerus Sustainability Award, the prize can be awarded to an individual or shared between up to three people for a closely related fundamental contribution.

The board of DKNVS has formed a five-member international scientific committee headed by a Norwegian. The members of the committee are assigned the task both to nominate candidates and propose a prizewinner. The board thereafter designates the prizewinner for the Gunnerus Sustainability Award.