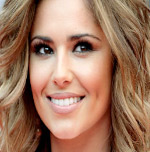 Pop singer Cheryl Cole has been approached by bosses of popular sitcom "Modern Family" to do a cameo part in the sitcom.

"They really want to get Cheryl involved. And it's a coveted slot. Everyone from Britney Spears to Lady Gaga have made it known that they would love to appear in it. It's a real honour to be asked to do it," contactmusic.com has quoted a source as saying.

"Modern Family" is highly popular sitcoms in the US.

Formerly Cheryl has divorced her soccer player husband Ashley Cole. The singer is planning to get rid of her surname and will be known professionally only by her first name.

"Cheryl is beginning a new chapter in her life so she doesn't want to be associated with negative stuff from the past," the source added.