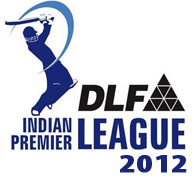 IPL 2012 with lot of expectations and fanfare is just about to roll out in a few days and as the history of this version of cricket shows, in the country which is now called to be the Mecca of cricket, IPL with its star lit, glamour rapped extravaganza is likely to become the talk of the time. This year after the heavy crash of Indian squad's fighter jet in Australia, there had been a sudden drop of public interest in cricket but once the news of the auction of the players reached the media, the cricket fever started to spread. This mega tournament made the T20 version of cricket hugely popular across various cricket playing nations. This year there have been a lot of changes in the squads of the teams. Here we would provide IPL 2012 team overview with a brief introduction to the teams.

As the champion of previous year IPL 2012 and as the most consistent team in the short history of the tournament, there is a huge expectation level for this squad. Except the presence of a number of good cricketers there are some of the big names of the world cricket are in this team like, Michael Hussey, Mohender Singh Dhoni, Muthia Murlitharan, Scott Styris and Suresh Raina.

It is the most starlit team in the IPL 2012 team overview. If India is now considered as the global centre of world cricket, Mumbai is the Mecca of Indian cricket and for all the past versions of the tournament this team consistently shown some extraordinary brilliance and though it still could not be the champion, for number of times it aroused immense expectations of making it to the top. Sachin Tendulkar as unarguably the greatest batsman in the history of the game belongs to this team with a host of great players like, Harbhajan Singh, Kieron Pollard, Lasith Malinga, Andrew Symonds, Michell Johnson, Harshell Gibbs and Robin John Peterson. It has probably the biggest fanfare among the participant squads.

This squad should be characterized as the most under-performing team in the IPL 2012 team overview. Though there had always been huge expectations from this team from the debut tournament to the last version, this team made almost a reputation of under-performing in regard to the ability and potential of the team squad. This team is one of the most star crowded as it is having a great number of bigwigs and promising stars of the game like, Gautam Gambhir, Brett Lee, Jacques Kallis, Brad Haddin, Eoin Morgan, Yusuf Pathan, Shane Bond, Shakib Al Hasan, Mark Boucher and Iqbal Abdullah.

This is a team which has been well known in the history of IPL as a great starter and in all the versions of IPL it had to quit without making up to the final. This team got some of the finest players both in the departments of bowling and batting. With Virender Sehwag, David Warner, Aaron Finch, Irfan Pathan and the costliest player of the tournament Ravindra Jadeja, this team has the potential to make to the pinnacle of glory.

This team has a great ability of showing some great performances when repeated defeats just come close to make the team's future written off and with shocking brilliance it had changed the fate of many teams when everything started to look as predictable. With the likes of great players like, Kumar Sangakara, Kevin Petersen, Ishant Sharma, Pragyan Ojha this team is capable to cause many upsets.

This squad is made of some of the great youthful players and can produce a lot of wonderful performances with the presence of players like, Chris Gayle, AB de Villiers, Mohammad Kaif, Tilakratne Dilshan, Daniel Vettori, Virat Kohli and Zaheer Khan.

This year the team got the old time heavy weight and former indian captain Sourav Ganguly. Though the team would heavily feel the absence of the big hitter and classy batter Yuvraj Singh, the team is capable of producing some brilliance performances with the presence of Graeme Smith, Jesse Ryder, Michell Marsh and Rahul Sharma.

This team is always reputed to have shown some great examples of fighting spirit. After the recent retirement from the international cricket Rahul Dravid as the new captain of the squad is expected to have some extra zeal to produce a memorable performance as a classy batsmen and his cool captaincy can prove to be an asset for the team. It has a great bowling line up with the presence of stalwarts like Shane Warne, Shaun Tait and Shane Watson and also a great line up of players with promising batsmen and all-rounders like Faiz Fazal, Jacob Oram and Ross Taylor.

IPL 2012 team overview made one point clear that this year the tournament is going to experience more balance in the performance of the teams because of the presence of good number of international level of players in every team.

Wrong information..
Kevin Pietersen isn't in Deccan Chargers.. He's now in Delhi when he was transferred in the 2012 auction. Get your facts right, sir.
Also, Ross Taylor is in Delhi Daredevils and now Rajasthan Royals.

Are u kidding us, sir ?? Ravindra Jadeja is not in Delhi Daredevils !!