No truth in reports of my secret wedding: Jennifer Lopez 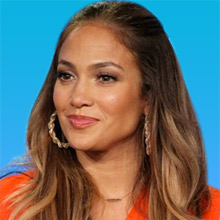 Jennifer Lopez has ruled out reports that claimed that she has secretly tied knots with toyboy Casper Smart in a secret ceremony onboard a yacht and attended by none.

The actress saw a photo of herself on the cover of this week's Star magazine with the headline, "J.Lo Married in Mexico!"

The related article says that the singer/actress married dancer Smart in a hush-hush ceremony.

The articles also tell that the singer actress had signed a prenuptial agreement promising her new husband 1 million dollars a year for the next decade.

However, Lopez has denied the claims made by tabloid.

"I keep seeing something about getting married. Surprise, surprise "they" are wrong...Again. #boredtweet," the 42 year old actress tweeted as per Contactmusic reports.

It is the second occasion when singer has had to deny rumours she's walking up to the altar. Last week, she shut down false claims she had given orders to fashion designer Roberto Cavalli to create a new wedding dress, insisting the style guru's Twitter.com page had been hacked.