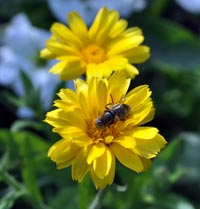 New Delhi: 150 colleges from across the country offering courses in alternative and traditional medicine has been barred from talking new admissions in the next academic for violating regulatory norms.

Situated in the different parts of the country, these colleges admit nearly 10,000 students annually. The AYUSH offers courses in alternative and traditional medical streams that include ayurveda, yoga &amp; naturopathy, unani, siddha and homoeopathy. The officials found these colleges sort of facilities and infrastructure.  Most of these colleges offer graduate and post graduate courses in various streams of AYUSH.

Giving a relief to existing students, the department has given permission to teach already enrolled students.  About 108 colleges have been given permission to take admission from next academic session, provided they have sorted out the deficiencies. These colleges were formerly regulated by a council that was not very efficient. These colleges came under the ambit of AYUSH only in 2003 with amendment in the Indian Medicine Council Act 1973. The department has also said that there are violations of norms in the most of the AYUSH manufacturing units and action against them will be taken soon.