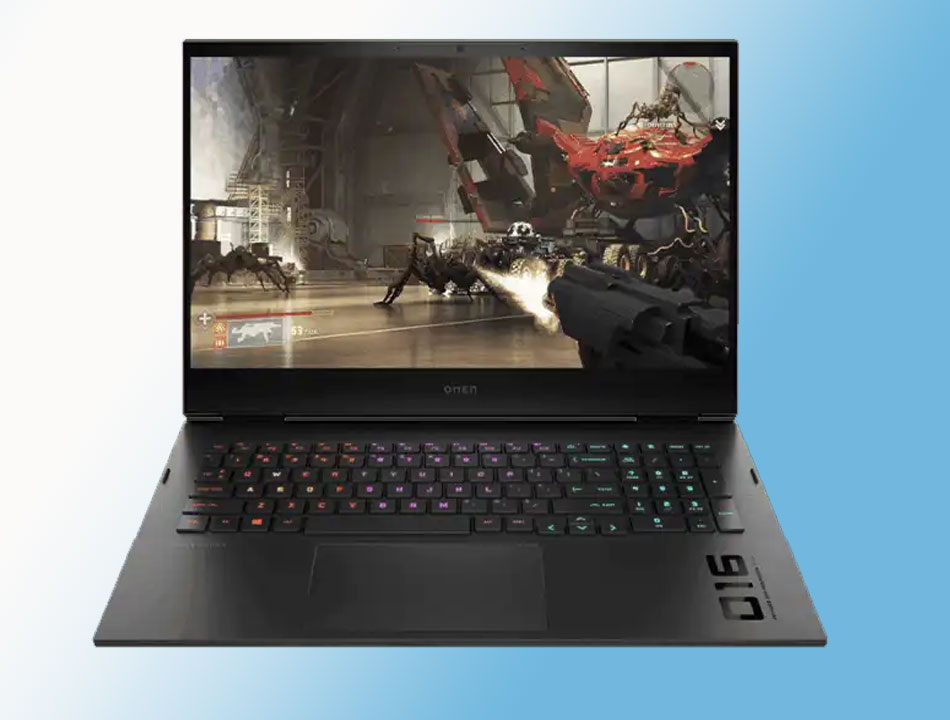 These days most games are designed to produce heavy graphics and for such games a powerful CPU along with a good GPU is required. The RAM requirements are also very high and need a fast hard disk.

Let’s explore the specification of these gaming laptops.

The rest of the hardware specifications of OMEN 16 & 17 are the same and these gaming will come with the Intel 12th Gen CPU’s. The model of the CPU used in these laptops is still not revealed by HP.

According to the official communications, these laptops will use RTX 3070 Ti and RTX 3080 Ti GPUs for the Nvidia based laptop, while an AMD Radeos RX 6650M GPU for the team red option.

These gaming laptops will come with up to 2TB of Gen4 SSD drive and there will be 32GB of DDR5 RAM.

On the screen refresh rate, the company confirmed to provide a screen with the 165Hz refresh rate and quad HD screen resolution. These laptops are designed to use the  new heat pipe and outflow vent. This will help in removing heat generated from CPU and GPU fast. Such arrangements are necessary for any high performing gaming laptops. These laptops are expected to provide very good performance on tough games as well.

The HP Victus 16 uses a Ryzen 7 6800H CPU and RTX 3050 Ti GPU. Company still has not revealed the storage details for the Victus 15 gaming laptop. Company confirmed that Victus 16 will come with up to 32GB or DDR5 RAM and 512GB of SSD storage.

These two laptops come with a new heat management system that will keep the system cool by removing the heat generated from CPU and GPU. Laptops are expected to provide better cooling performance and a lot heat is generated while playing games with heavy graphics.

HP also announced OMEN Desktop PCs for the desktop users. Company will be launching OMEN 45L, 40L and 25L models. These PCs will be powered with the 12th Gen Intel Core i7-12700F CPU and GPU up to Nvidia RTX 3080.

These PCs will offer RAM up to 32Gb and store up to 1TB SSD drive. Company designed a new ‘Cyro’ cooling chamber for ambient air based cooling technology.

These PCs will use a power supply up to 800W. These PC’s can also be used for playing desktop games.

HP also announced Victus 15L Desktop gaming PC’s which can be used as PCs for playing games as well as doing day to day productivity work. During your free time you can use this PC for playing games for entertainment.

Victus 15L Desktop gaming PC’s will be available in 12th Gen Intel Core-i7 and  AMD Ryzen 7 5700G CPU models. Both these models will be paired with the Nvidia RTX 3060 Ti GPU. According to HP extensive customization options will also be available for the customers looking for the different components in the system.

The OMEN 16 laptop will come with the starting price of 1,09,999 INR (roughly 1,400 US Dollars). These laptops are currently available for purchase from the official website of the company.

Out of these HP gaming laptops, the Victus 15 is the most affordable gaming laptop with the starting price of 67,999 INR (roughly 869 US Dollars). The Victus 15 will be released next month in July.

HP Victus 16 is already available for sale with the starting price of 84,999 INR (roughly 1,085 US Dollars). You can buy HP Victus 16 from the official HP website.

HP gaming laptops and PC’s are among the best gaming PC’s/laptops in the market. HP is manufacturing world class computer hardware for different groups of customers.

Why gaming PC/Laptops for playing games?

Most of the games available today require a lot of computing power and for running such games you need a good mahine with the latest CPU and a Graphics card. You can install games in the general PC/Laptops but won’t be able to play heavy games smoothly. So, you have to get a gaming Laptop or PC for running advanced games.

One of the most important things for me in a gaming laptop is also a good keyboard, a good screen, a good battery, a good sound system, a good USB port and other resources. All these are available with the gaming PC/Laptops.