Top programming languages to learn and master in 2022 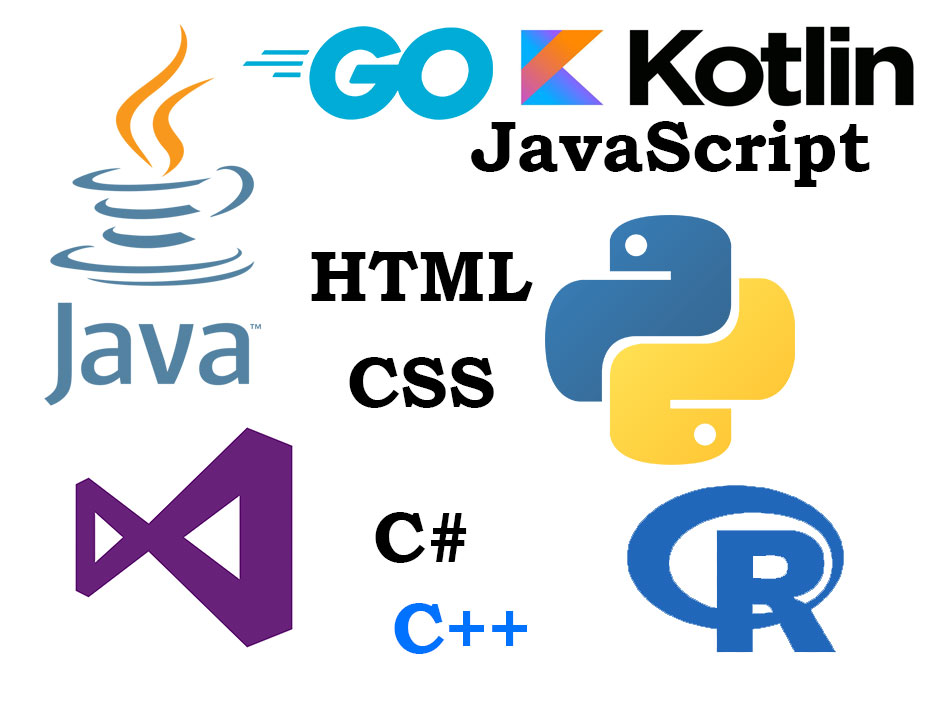 Programming languages aid in the development of software. Programmers utilize languages like Javascript, Python, C++, and others to deliver instructions to a machine so that it can accomplish tasks.

As the focus of the world has shifted to technology. One could be wondering which programming language to learn if someone is looking to grow in their job or change careers entirely.

However, the world of programming is changing at a breakneck speed. Every day, new frameworks and technologies are developed. It's all too easy to become overwhelmed by the amount of information available. Which makes it difficult to choose the language one might want to invest their time in and learn.

Surveys and Market analyses conducted by many firms like Stack Overflow, and others can help in making that choice. According to the demand these languages have in the market and their use in various fields, here are the top programming languages one might want to learn and master in 2022.

Javascript was first released in 1995 under the name LiveScript. However, because Java was such a popular language at the time, it was marketed as Java's "younger brother." JavaScript grew into a completely self-contained language over time. JavaScript is frequently confused with Java nowadays, and while the two languages have certain similarities, they are not the same.

Furthermore, because the language is so widely employed, there are a plethora of online forums, courses, and professional assistance resources. This support, combined with the language's excellent usability, propels JavaScript to the top of our list of the most popular programming languages.

2D imaging and 3D animation software such as Blender, Inkscape, and Autodesk are all written in Python. Civilization IV, Vegas Trike, and Toontown are just a few of the popular video games that have featured it. Python is utilised by prominent websites like YouTube, Quora, Pinterest, and Instagram, as well as scientific and computational programmes like FreeCAD and Abacus.

It's also the second-most-in-demand programming language for hiring managers in the Americas, after Python, according to HackerRank.

Python is suitable for beginners and expert coders alike because it is one of the easier languages to learn and use. The language comes with a large library of commands and tasks that are commonly used. Because of its interactive features, programmers may test their code as they go, saving time on writing and testing huge parts of code.

HTML is the abbreviation for HyperText Markup Language. HTML is one of the easiest ways to get started with programming.

HTML is a markup language, which means it is in charge of arranging the look of information on a website. HTML is mostly used to define web pages that contain plain text. It is confined to writing and arranging text on a website and does not have the same functionality as the other computer languages on this list. The HTML domain includes sections, headings, links, and paragraphs.

HTML and CSS are tied for second place on Stack Overflow's list of the most widely used languages in the world as of 2020.

CSS, or cascading style sheets, is a style sheet that regulates the appearance of a website and is commonly used in conjunction with HTML. CSS determines the size, colour, and location of all page elements, whereas HTML organises site text into chunks.

CSS is also useful since the cascading portion of the term indicates that an applied style will cascade down from parent elements to all children elements throughout the site. This feature eliminates the need for users to manually replicate their code across a website once they've decided on aesthetics for the primary parent. Furthermore, because site organisation is delegated to HTML and aesthetics is delegated to CSS, users don't have to totally redo a web page merely to alter the colour.

CSS is a user-friendly programming language that allows newcomers to dip their toes into the metaphorical coding pool. If you're new to coding, there's no reason you shouldn't start with CSS before moving on to more advanced languages.

Because of its Write Once, Run Anywhere (WORA) characteristics, this general-purpose programming language, which is owned by Oracle Corporation, has become a standard for applications that can be utilised independent of the platform (e.g., Mac, Windows, Android, iOS, etc.). As a result, Java is known for its portability across a wide range of systems, from mainframes to smartphones. There are currently over 3 billion devices running Java-based applications.

Java is the third most popular programming language among hiring managers worldwide, and it has ranked #5 on Stack Overflow's list of the most commonly used languages for the past two years.

Java's popularity is well-deserved; it's a simple language to learn and use, has excellent security, and can manage large amounts of data. Java is an appropriate language for online finance because of these characteristics, and it is widely used in areas such as banking, billing, and the stock market.

Java is popular programming langue and you can learn at Java Programming Language tutorials section.

C#, which was created by Microsoft, became famous in the 2000s for supporting object-oriented programming principles. It's one of the most popular.NET framework programming languages.

Because it uses Microsoft Visual C++ is an integrated development environment, it is ideally suited for Windows, Android, and iOS applications. Bing, Dell, Visual Studio, and MarketWatch are just a few of the major websites that employ C# in their backends.

C# is becoming more popular as a general-purpose language for creating web and desktop apps; according to HackerRank, one out of every five hiring managers is seeking a developer who can code in C#. There's no denying that it'll be one of the most in-demand coding languages in the future; but, there are a variety of other reasons to keep it on your radar.

C#, like other popular languages, has a large community that works with it and helps newcomers. As a result, learning C# may be less difficult than learning some of the newer and less well-documented languages. C# is also suitable for creating increasingly popular mobile apps and games. This language will, without a doubt, continue to be helpful in the next few years.

Google created Go in 2007 as a programming language for APIs and online applications. Because of its simplicity, as well as its ability to handle multicore and networked systems and large codebases, Go has recently become one of the fastest-growing programming languages.

The Go programming language, often known as Golang, was built to satisfy the needs of programmers working on huge projects. Because of its clear and modern structure and syntax familiarity, it has gained favour among many large IT organisations. Google, Uber, Twitch, and Dropbox are just a few of the companies that use Go as their programming language. Because of its agility and performance, Go is becoming increasingly popular among data scientists.

Go is a remarkable language that provides top-notch memory safety and management features, despite having a comparable syntax to C. Furthermore, the language's structural typing capabilities provide a lot of flexibility and dynamism. Furthermore, Go not only ranks high on programmers' favourite and most-wanted lists, but it also correlates with a 33 percent pay raise, according to surveys.

R is an open-source programming language that is essentially a modified version of S. Developers write a lot of code for S, and it runs on R without any changes.

R has a moderate learning curve and is not as simple to learn as some of the other languages discussed in this article. R, like other open-source programming languages, has a vibrant online developer community, which is always an advantage when learning new coding techniques.

For those who don't want to write Android apps in Java, there's also Kotlin, which Google now promotes. One of the main reasons for its broad popularity is because it is compatible with Android Studio 3.

Because it is already utilised by popular productions like Netflix, Pinterest, and Amazon Web Services, Kotlin will soon be among the most widely used languages. If things continue at their current pace, Kotlin will soon be the next Java substitute. As a result, now is the best time to learn Kotlin.

Because the Android era does not appear to be coming to an end anytime soon, there will always be a need for Kotlin app developers. Many businesses rely only on their Android application for revenue. As a result, they always try to employ a Kotlin developer rather than a Java engineer.

Kotlin is getting popular these days, learn this programming at Kotlin Tutorials.

C is the most widely used and oldest programming language, and it provides the foundation for other languages such as C#, Java, and JavaScript. C++ is a more advanced version of the C programming language. Many developers today ignore C entirely, while others believe that understanding C first gives a solid basis for C++ programming. In computer science and programming, both languages are frequently used.

Compilers for a wide range of systems are available for C and C++ developers, making applications written in these languages mostly portable. C and C++ are both considered high-performance programming languages. As a result, they're commonly used in developing client/server applications, commercial products like Firefox and Adobe, and video games, all of which require high performance.

Indeed, C++ is the fourth most in-demand programming language, with over 40k new C++ developer jobs advertised per month in the United States. Though there isn’t much employment for regular C++ developers, there are lots of opportunities after you acquire advanced C++ skills.