Veteran Congress Leader from Goa quits, fueling speculation of a shift to TMC 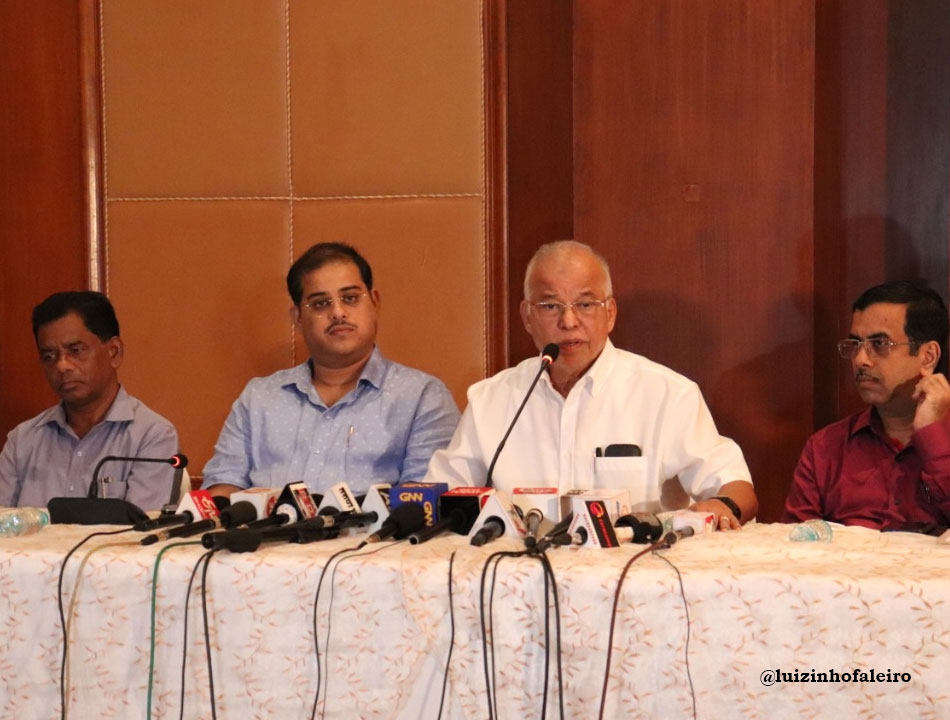 Veteran Goa Congress leader Luizinho Faleiro resigned from his 40-year-old party today, with indications that he may join Mamata Banerjee's Trinamool Congress. Shortly before resigning from the Congress and as an MLA, he lavished admiration on Bengal Chief Minister Mamata Banerjee, calling her the only "streetfighter" capable of challenging the BJP.

"Mamata Banerjee has given a tough fight to Narendra Modi. The Mamata formula has won in Bengal," Luizinho Faleiro told addressing reporters. When asked to confirm his party switch, he asserted that he would remain a "Congressman of the wider Congress family." This is speculated to imply, that Trinamool is the Congress offshoot that is best equipped to fight the BJP.

"I met some people. They said I am a Congressman of 40 years. I will continue to be a Congressman of the Congress family. Among all four Congresses, it is Mamata who has given a tough fight to (Prime Minister Narendra) Modi and their juggernaut. PM Modi had 200 meetings in Bengal. Amit Shah had 250 meetings. Then there was ED, CBI. But the Mamata formula has won," said the former Chief Minister.

"We need such fighters which are in the same party ideology, policies, principles and programmes. I would like the larger picture of all Congress parties to come together to fight the BJP,” calling the Bengal CM a streetfighter.

Though it has not been made public as of yet, many people are reading into signs such as the fact that Trinamool Congress leader Derek O'Brien has recently begun following Mr Faleiro on Twitter.

This will be the second high-profile defection to the Trinamool after Sushmita Deb. While Ms Deb has been handed a significant role in Tripura ahead of next year's elections, Mr Faleiro is expected to strengthen the Trinamool in Goa, where the Congress is significantly weakened and the Aam Aadmi Party (AAP) is campaigning fiercely.

Derek O Brien and Prasun Banerjee, senior leaders of the Trinamool Congress, were in Goa for discussions with Mr Faleiro, ahead of next year,  when Goa, along with Uttar Pradesh, Uttarakhand, Punjab, and other states, will have its Assembly elections.

Mr Faleiro served as the Congress's Tripura in charge for the 2019 national election, and he may also aid the Trinamool in the northeastern state, where it is trying to extend its influence and challenge the ruling BJP.

Faleiro resigned as a Congress MLA for the Navelim seat on Monday morning. While tweeting just before he quit, “Let’s end this suffering of Goans and bring a new dawn in Goa”.