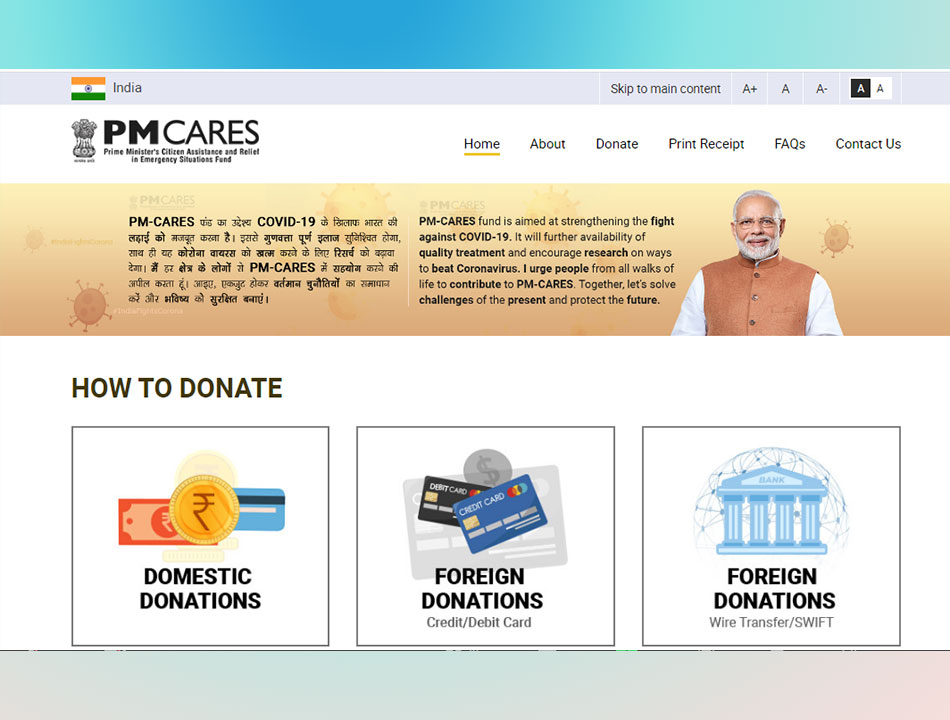 The Delhi High Court has been told that the PM CARES Fund is not a Government of India fund and that the money it raises does not go to the Consolidated Fund of India.

Responding to a petition seeking a direction to declare the PM CARES Fund a 'State' under the Constitution to ensure transparency in its functioning. An affidavit was filed by an Under-Secretary at the Prime Minister's Office (PMO) who is serving on an honorary basis in the PM Cares Trust, according to which the trust operates with transparency and its funds are audited by an auditor - a chartered accountant selected from the Comptroller and Auditor General of India's panel.

The affidavit filed by Pradeep Kumar Srivastava, Under Secretary at the PM's Office, also adds, "To ensure transparency, the audited report is put on the official website of the trust along with the details of utilisation of funds received by the trust.”

The officer said in the affidavit that, "I state that when the petitioner is claiming to be a public-spirited person and seeking to pray for various reliefs only for transparency, it does not matter whether PM Cares is a 'State' within the meaning of Article 12 of the Constitution of India."

It stated that the trust accepts all donations via online payments, checks, or Demand Drafts and that the amount collected is audited, with the audited report and trust fund expenditures posted on the website.

The officer stated that he is serving on an honorary basis in the PM Cares Trust, which is a charitable trust that is neither formed nor governed by the Constitution, any law passed by Parliament, or any State legislature.

The court was hearing a petition brought by Samyak Gangwal, who claimed that the PM CARES Fund is a 'State' since it was established by the Prime Minister on March 27, 2020, to provide help to Indian people in the aftermath of the current COVID-19 Pandemic.

His lawyer informed the court that if the PM CARES Fund is determined not to be a "State" under the Constitution, the use of the domain name "gov," as well as the Prime Minister's picture and state insignia, must cease.

The Prime Minister, Defense Minister, Home Minister, and Finance Minister are the fund's trustees, said the petition and the Centre portrayed the fund as being set up and administered by the Government of India shortly after its establishment through top government personnel.

Thus, to guarantee transparency and accountability, the petition has requested that the PM CARES website be audited regularly and that the information of donations received be made public.

A bench of Chief Justice DN Patel and Justice Amit Bansal has fixed the matter for further hearing on September 27.