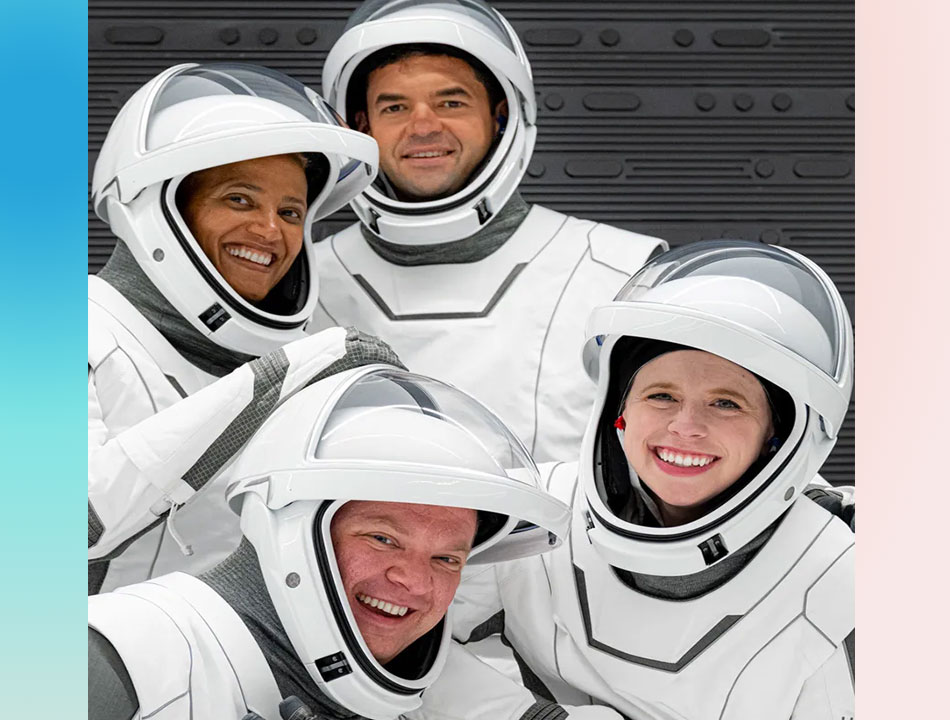 The first civilian mission to space landed safely off the Florida coast Saturday evening after three days of orbiting the earth. The crew from the Inspiration4, the crew splashed down in the Atlantic ocean, where a recovery ship was waiting for them before they returned to the Kennedy Space Center.

The four astronauts were launched in SpaceX’s Falcon 9 rocket lifted off on time at 8:02 PM ET, Wednesday from the company’s 39A launchpad at NASA’s Kennedy Space Center, over Florida’s east coast.

The team had billionaire entrepreneur Jared Isaacman, a trained pilot and founder of payment-processing firm Shift4 Payments, and three others he picked and paid for to ride with him, Hayley Arceneaux, a 29-year-old physician assistant and cancer survivor, Christopher Sembroski, a data engineer at Lockheed Martin and  Sian Proctor, a geoscientist and former NASA astronaut candidate.

The time flew further than any human since Hubble and the team orbited 57 miles above Earth's surface, circling the planet every 90 minutes.

The mission itself was groundbreaking, being a civilian space flight, while it was also the first time, first black female spacecraft pilot, Dr Sian Proctor, as well as the youngest American in space and first to fly with a prosthetic, 29-year-old Hayley Arceneaux.

Along with onboard experts like Jared Isaacman and Chris Sembroski, the crew performed scientific research studying the human body in space in hopes of advancing human health on Earth and during future long-duration space flights.

Commander Isaacman in a recent statement mentioned, "The crew of Inspiration4 is eager to use our mission to help make a better future for those who will launch in the years and decades to come."

Ahead of last week's trip, the civilian crew members were given commercial astronaut training—orbital mechanics, operating in microgravity, zero gravity, and other forms of stress testing—and participated in emergency preparedness training, spacesuit and spacecraft ingress and egress exercises, and partial- and full-mission simulations.

The mission is also a multimillion-dollar fundraiser for St. Jude Children’s Hospital, a non-profit research centre that also provides free care for kids with cancer. Isaacman gave $100 million to the hospital and hopes to raise another $100 million through the Inspiration4 initiative. So far, that portion of the campaign has raised $30.8 million.

The Crew Dragon capsule was a tailored more touristy experience than what NASA astronauts have on their trips to the ISS. The docking door of the capsule was replaced with a glass dome to give the crew a 360-degree view of space, while in space.

The mission marked the start of private space companies, like Elon Musk’s SpaceX to normalise paid space travels for normal citizens, as tourists and not only trained government astronauts.