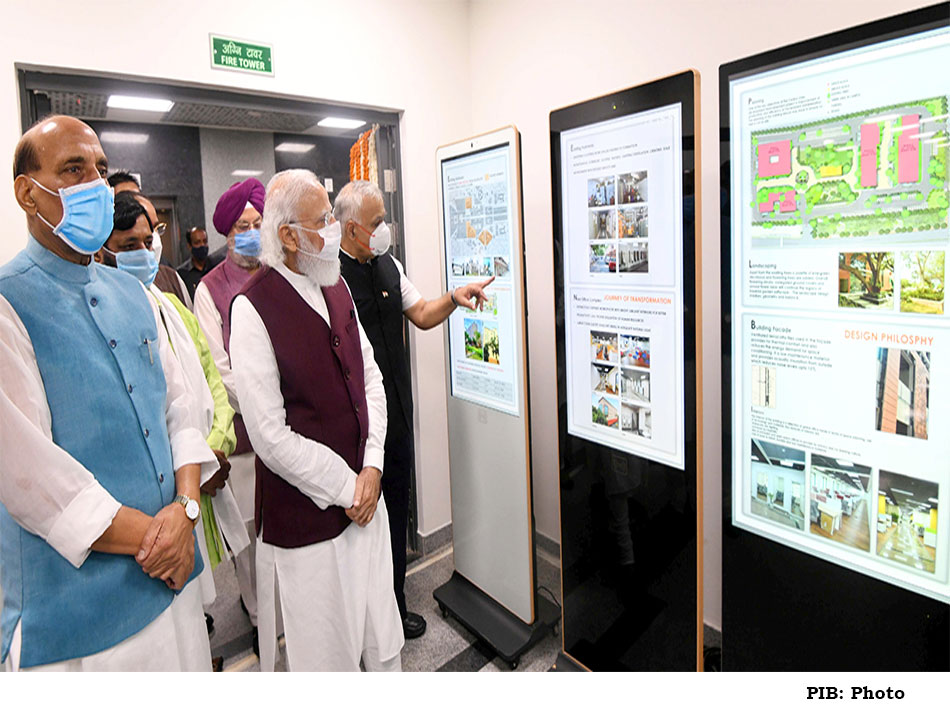 The new Defence complex will be able to accommodate 7000 offices for the defence ministry and the Armed forces. The building will provide modern, secure and functioning workspaces. The complex has an Integrated Command and Control Centre to manage building operations, while also catering to the end-to-end safety and surveillance of the building.

The Prime ministers addressing the gatherings lamented that the Defence Staff in the country had for so long been working from offices built during the World War, which had to accommodate horse stables and barracks. However, with the construction of the new complex, the defence staff will have a modern space to work on. He added, “This new defence office complex will strengthen the efforts of making the working of our defence forces convenient and effective”.

The Defence complex which was supposed to be completed in 24 months, was completed a year ahead of schedule. Which also involved a lot of challenges, like the ongoing pandemic and because of it there remained a problem of labour. The PM however mentioned that the building of the complex provided a lot of labour jobs, in the period of the pandemic, where labourers were struggling to find jobs, as the country came to a halt.

The new defence office complexes are state-of-the-art and energy-efficient, with comprehensive, security management systems. They use sustainable construction technology called 'light gauge steel, which also cuts construction time by almost 24-30 months. The Complex at KG Marg complex having a built-up area of 4.52 lakh sq feet, will have 14 relocated offices, while the one in Africa avenue will have 13, having a built area of 5.08 lakh sq feet.

Along with this the Prime Minister also launched the new Central Vista website on Thursday.