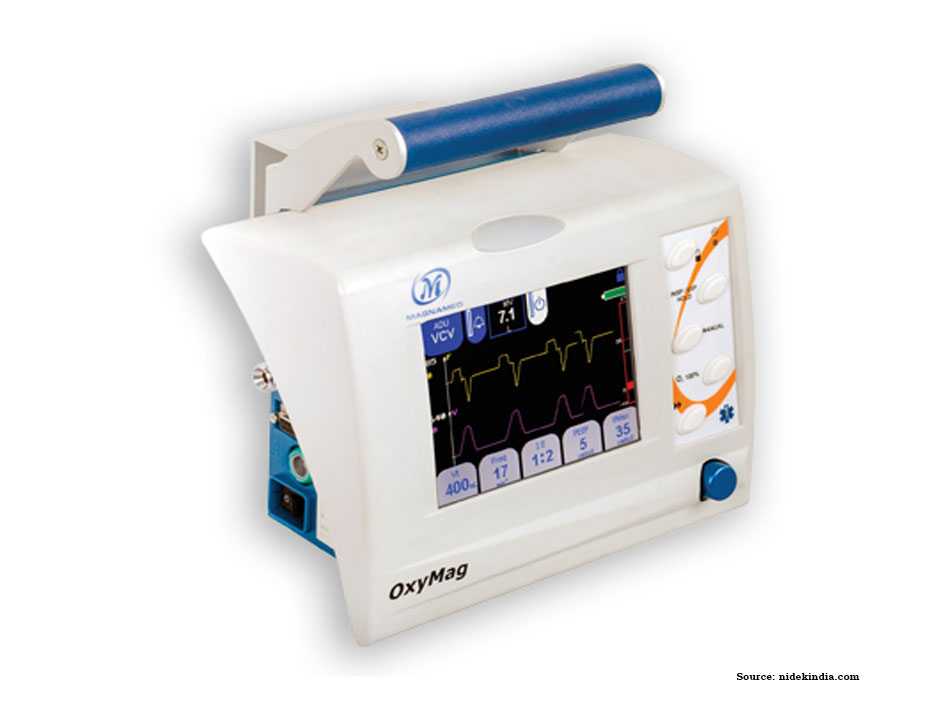 Government of India has been supporting the efforts of States and UTs for effective management of COVID patients in hospital care, under the 'Whole of Government' approach since last year. In order to augment the existing hospital infrastructure, the Union Government has been centrally procuring and providing States/UTs/Central Hospitals/ Institutes with essential medical devices including ventilators since April 2020.

There have been some media reports suggesting that Government of India supplied ventilators (supported by PM CARES) to GGS Medical College and Hospital, Faridkot, Punjab are lying unused as a result of technical glitches which have not been resolved due to poor after-sales support by the manufacturers. These reports seem to be unfounded, not having the full information on the matter.

Ventilators were available in very limited numbers in Government Hospitals across the country at the beginning of the pandemic last year. Moreover, very limited manufacturing of ventilators was taking place in the country and most of the suppliers abroad were not in a position to make supplies of ventilators in large quantities to India. That is when the local manufacturers were encouraged to produce “Make in India" Ventilators to address the huge projected demand of the country and orders placed on them. Many of them were first time manufacturers of the ventilators. The ventilator models went through rigorous screening, technical demonstration and clinical validation process in the very limited time available for the same, through domain knowledge experts, and after their approval, these were put into supplies.

There are a few States which have received the ventilators but are yet to get these installed in their hospitals. Union Health Secretary has written to seven such States on 11th April 2021 which still have more than 50 ventilators lying uninstalled with them for the last 4-5 months. They have been requested to get the installation expedited so that the ventilators can be put to optimal use.

With reference to the recent media report regarding 71 of 80 AGVA make Ventilators being non-functional or faulty at the GGS Medical College and Hospital, Faridkot, Punjab it is clarified that 88 Ventilators have been supplied by Bharat Electronics Limited (BEL) and five by AGVA. After successful installation and commissioning, these Ventilators were provided with Final Acceptance Certificate by the hospital authorities.

BEL has informed that bulk of the ventilators at GGS Medical College Hospital (GGSMCH), Faridkot are not faulty, as are being reported in a section of the media. Their engineers have visited the said Medical College on different occasions in the past to address the complaints received and carried out minor repairs required promptly. They have even conducted repeated demonstrations of the functioning of the ventilators to the staff over there.

It was observed that there are issues / problems with the infrastructure in GGSMCH including non availability of required pressure in the central oxygen gas pipelines. Further, the consumables like flow sensors, bacteria filters and HME filters are not being changed by the hospital authorities as per the prescribed norms, or the ventilators are being used without these important consumable items. Maintenance of correct gas pressures (difference between air pressure and oxygen pressure cannot be more than 10 PSI) and use of proper consumables are essential requirements, without which performance of CV200 ventilators is not guaranteed.

Furthermore, BEL engineers visited GGSMCH again today (12th May, 2021) and made five ventilators functional only by replacing a few consumables and demonstrated their optimum performance to the GGSMCH authorities, thereby, further making it evident that when operated properly, the ventilators will provide reliable performance.

In addition to the instructions given in the user manual, detailed instructions and guidelines have also been issued to all the ventilator users regarding infrastructure requirements, proper usage and maintenance of the CV200 ventilators. However, these are not being followed by many hospitals / medical colleges in Punjab. They have been, instead, raising the issue of ventilators being non functional without any basis.

It is clarified that BEL will continue to provide all the technical support required by the State in meeting the ventilator requirement during this pandemic situation.

In addition, the Union Health Ministry has written to the States and UTs on 9th May2021 informing them once again of the Helpline numbers of the Ventilator manufactures, which are also available on the ventilators in the form of stickers. In addition, information has again been provided of state wise Whatsapp groups created with the concerned nodal officers of the States/UTs, representatives of the User Hospitals and technical teams of the manufacturers in order to address any technical issues in real time. Dedicated email IDs of these manufacturers have also been shared with the States/UTs.