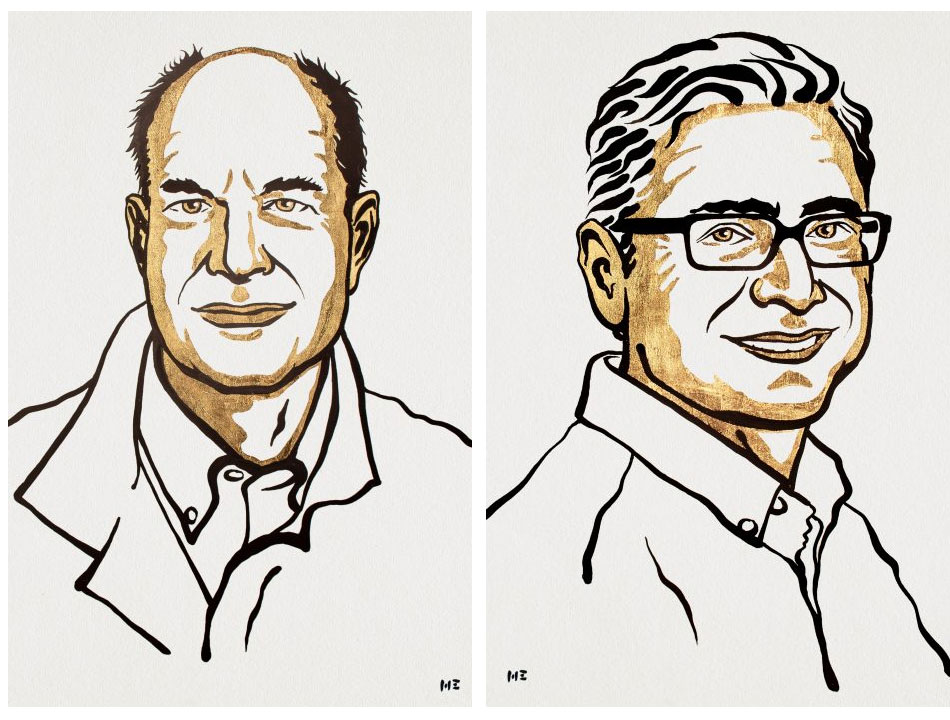 On Monday, American scientists David Julius and Ardem Patapoutian were awarded the Nobel Prize in Medicine for their discoveries of temperature and touch receptors, which could pave the way for new painkillers, according to the award-giving body.

The Nobel Assembly at Sweden’s Karolinska Institute said,  “Their findings have allowed us to understand how heat, cold and mechanical force can initiate the nerve impulses that allow us to perceive and adapt to the world around us.”

“This knowledge is being used to develop treatments for a wide range of disease conditions, including chronic pain.” the assembly added.

The groundbreaking discoveries, which were made independently of one another, sparked a frenzy of study that resulted in “a fast improvement in our knowledge of how our nervous system detects heat, cold, and mechanical stimuli,” according to the assembly.

The prize, which has been awarded for almost a century now, is worth 10 million Swedish crowns ($1.15 million).

In the will of Swedish dynamite inventor and industrialist Alfred Nobel, the famous Nobel Awards for accomplishments in science, literature, and peace were established and sponsored. They've been given out since 1901, with the economics prize being given out for the first time in 1969.

The Nobel Prize for Physiology or Medicine, which the two laureates received equally this year, is sometimes overshadowed by the Nobel Prizes for Literature and Peace, and it's sometimes more well-known winners.

However, the COVID-19 epidemic has brought medicine into the limelight, and some experts have proposed that individuals who create coronavirus vaccinations might be rewarded this year or in the future years.

The pandemic, on the other hand, continues to loom over the Nobel Prize ceremonies, which are normally drenched in old-world pomp and glitz. The banquet in Stockholm has been rescheduled for the second year in a row due to continuing concerns about the virus and foreign travel.

Ardem Patapoutian is a Professor at Scripps Research in La Jolla, California, has researched at the University of California, San Francisco, and the California Institute of Technology, Pasadena. He was born in 1967 to Armenian parents in Lebanon and migrated to Los Angeles as a child.

David Julius, New York-born, is 65, and a Professor at the University of California, San Francisco, after earlier work at Columbia University, in New York.