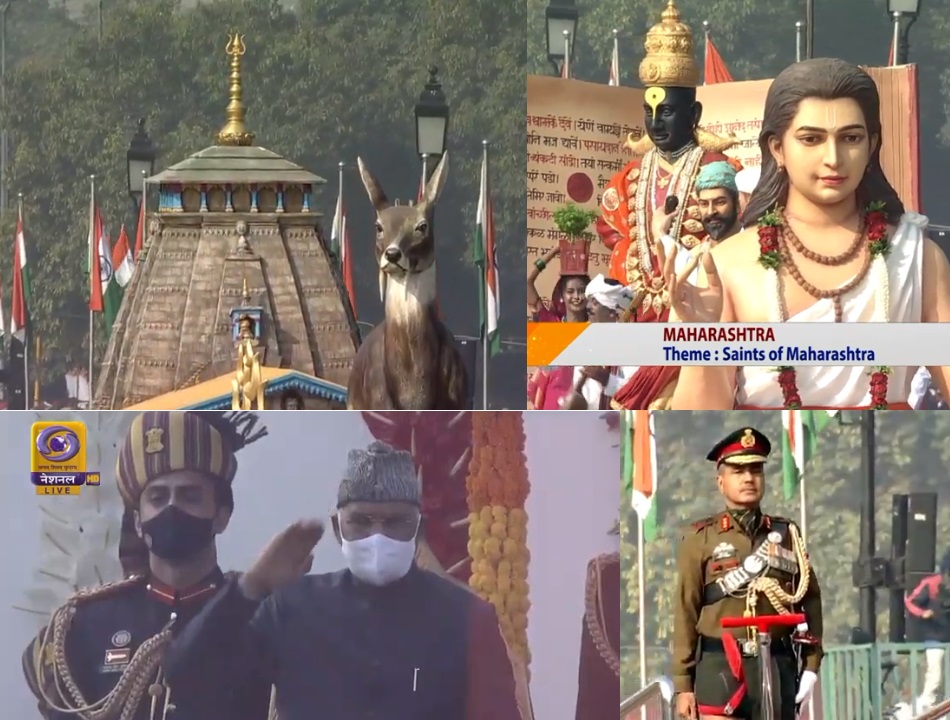 India Celebrates its 72nd Republic Day with shortening of the various programs due to ongoing Covid Pandemic in the Country. During the celebrations held at Rajpath in Delhi, various programs are held with reduced of events, no chief guest and very low number of visitors as compared to the previous celebrations.

The Celebration of 72nd Republic Day being at 9am and concluded with the traditional fly past by Indian Airforce at 11.25 am. During the program no children under the age 15 were allows in the annual parade, while fewer solders from the Army and Navy participated in the celebrations.