Atal Ji Breathes His Last at the age of 93, leaves the whole Nation in Grief 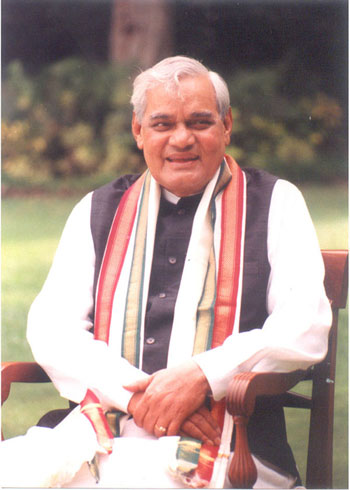 New Delhi, August 16, 2018: There are party leaders, there are Prime Ministers and then there are great leaders who transcend the political factions to carve a distinct identity of their own and remain in the heart of millions. Former Prime Minister (PM) Atal Bihari Vajpayee, who was synonymous with the prominence of Bhartiya Janata Party (BJP) and under whom India gained the Nuclear status, shuffled off this mortal coil after fighting with his illness in All India Institute of Medical Sciences or AIIMS. His cordial personality and the love to frame poetic stanzas in the political speeches earned him great accolades and he became an admirable figure in the history of Indian politics.

On June 11, Atal Ji was hospitalised with the complaints of chest congestion, kidney tract infection and urinary tract infection. He was treated for nine weeks by a team of expert doctors and on Thursday evening an announcement of his demise was made by the AIIMS. He is said to have passed away at about 5:05 PM after battling for life. As per information from AIIMS, he was being kept on life support systems as his condition deteriorated over the last 36 hours and despite several efforts he could not be saved. Prime Minister Narendra Modi paid his visit to AIIMS twice in the twenty four hours and various politicians from across parties kept arriving as the health condition of the iconic leader worsened on Wednesday. The Union Government declared seven days of mourning throughout India and also the afternoon 4 PM of 17th August as the time of State Funeral at Smriti Sthal in the National Capital Territory (NCT). States like Delhi, Punjab, Haryana, Madhya Pradesh, Uttar Pradesh, Bihar, Assam, Tamil Nadu and Karnataka have also declared holidays

Following the mourning announcement, all the government, semi-government and educational institutions shall remain shut from tomorrow, i.e. from August, 17, 2018 to August 22, 2018. No government and cultural programmes shall be held during the period and the National Flag shall fly at half mast as a mark of homage to the gem of a politician, who was equally loved by the masses and the people of the political fraternity and would continue to rule everyone’s heart. Although the news of his death came as blow to many, he had retreated from the active public life since 2009 due to his ailments and remained confined in his residence at Krishna Menon Marg in New Delhi.

The President of BJP informed that the followers that the mortal remains of the deceased stalwart of BJP will be kept for last respect from 7:30-8:30 AM. The remains will then be taken to BJP Headquarters at 9 AM. The final journey would begin by 1 PM and the last rites will be held at 4 PM. Be it Congress Leaders Sonia and Rahul Gandhi or Aam Aadmi Party leaders Arvind Kejriwal and Manish Sisodia, everyone seemed in sombre mood while speaking about the BJP Patriarch. The BJP Headquarters in Delhi, which was well decorated as a part of Independence Day celebrations soon looked sorrowful, as the decorations were taken down after the news of critical condition of Atal Ji reached there. Pakistan PM-Designate Imran Khan and Bangladesh PM Sheikh Hasina also offered their heartfelt condolences on the sad demise of the former Indian PM.

Atal Bihari Vajpayee’s first stint as the 10th Prime Minister of the country in 1996 was as short as 13 days, since the coalition party to which he belonged, failed to garner enough number of seats needed for proving majority. Again he came to power in 1998 and remained PM till 2004 after getting re-elected in 1999. He was the first Indian PM, who had served the full five-year term at PMO despite not being a member of Indian National Congress. The leader, who had some tremendous oratory skills, won lakhs of hearts when he, as the External Affairs Minister, delivered a speech in Hindi in the United Nations General Assembly, a first for any Indian. In 1998 by ordering the Nuclear Tests at Pokharan, he practised a strategic masterstroke to dismantle the nuclear ambitions of Pakistan. Again, the tall figure’s illustrious achievements also included the ironical peace overtures to Pakistan. He created history when he travelled from India to Pakistan on the first direct Bus for the route. He is also hailed for the bold leadership skills displayed during the Kargil War in which the Indian soldiers triumphed. Atalji was conferred with Bharat Ratna the highest civilian award in 2015. His Birthday on 25th December is observed as the Good Governance Day by the present government.

Considering his incredible career, it will not be exaggerating to say that Atalji was a dynamic personality, who had all the qualities to be loved and respected by all sections of people and without whom the Indian politics would have remained faded.