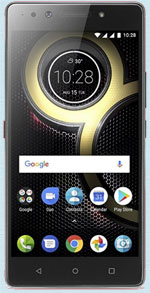 Android Oreo Update for Lenovo K8 Note smart device is being released it India over the air. Lenovo released the OTA updates for this phone in India and users in India are getting prompt on their mobile for update their OS with latest Android Oreo Operating system. The public update of Android Oreo is being seeded by Lenovo in India.

Last year in August, Lenovo K8 Note was released in Indian market with pre-loaded Android 7.1.1 Nougat Operating system. Now it is time for getting this phone updated with the Android Oreo operating system as the update is being release OTA. Several users of Lenovo K8 is prompted with the notification of updating their system. If you have not received any notification then go to Settings -> About Phone -> Check System Update. It should prompt for update if available for your phone.

The update size of Android Oreo is about 1GB, so, connect your phone to wifi before start updating the system. Updater will automatically download and update your system once update process is confirmed by you.

Make sure your phone is fully charges and optionally connected with the charger as download and update make take some time depending on your wifi internet speed.

Official post says “The upgrade itself uses a good deal of power, and it continues to use power over the following hours as all of your apps and systems update. This is perfectly normal and can lead to temporarily shortened battery life and higher temperatures. Our research shows that it can take up to a week or 10 days before battery life stabilizes after an OS upgrade. Please do not draw conclusions about your battery life soon after it upgrades”.

So, make sure that your phone is fully charged and also connected with the charger before starting the update. Update size is also 1GB and required good internet connection to download such a huge file. So, its better to connected to wifi internet and then start updates.
Android Oreo Update brings following features: