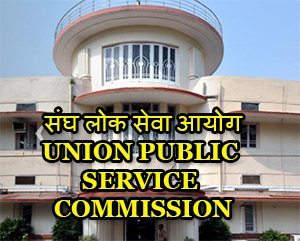 On the basis of the results of the Combined Defence Services Examination (I), 2017 held by the Union Public Service Commission on February 05, 2017, 8548 candidates with the following Roll Numbers have qualified for being interviewed by the Service Selection Board of the Ministry of Defence, for admission to:

The candidature of all the candidates, whose Roll Numbers are shown in the lists below, is provisional. In accordance with the conditions of the admission to the examination, they are required to submit the original certificates in support of age (Date of Birth), educational qualifications, NCC (C) (Army Wing/Senior Division Air Wing/Naval Wing) etc. claimed by them along with attested copies thereof, to Army Headquarters, A.G.’s Branch/Rtg./CDSE Entry Section for males and SSC Women Entry Section for women candidates, West Block-III, Ground Floor, Wing 1, R.K. Puram, New Delhi-110066 in case of IMA/SSC as their first choice and to IHQ of MoD (Navy), DMPR (OI & R Section), Room No. 204, ‘C’-Wing, Sena Bhawan, New Delhi-110011 in case of Navy as their first choice, and to PO 3 (A) Air Headquarters, ‘J’ Block, Room No. 17, Opp. Vayu Bhawan, Motilal Nehru Marg, New Delhi-110011 in case of Air Force as their first choice. The original Certificates are to be submitted within two weeks of completion of the SSB Interview and not later than 13th November, 2017 for AFA and not later than January 01, 2018 for IMA and not later than January 01, 2018 for admission to Indian Naval Academy (April 01, 2018 in case of SSC only). The candidates must not send the original Certificates to the Union Public Service Commission.

All the candidates who have successfully qualified in the written exam are required to register themselves online on the Indian Army Recruiting website joinindianarmy.nic.in within two weeks of announcement of written result. The successful candidates would then be allotted Selection Centres and dates, of SSB interview which shall be communicated on the registered e-mail ID. Any candidate who has already registered earlier on the site will not be required to do so. In case of any query/Login problem, e-mail be forwarded to dir-recruiting6-mod@nic.in.

In case, there is any change of address, the candidates are advised to promptly intimate directly to the Army Headquarters/Naval Headquarters/Air Headquarters as the case may be.

The Union Public Service Commission have a Facilitation Counter near Examination Hall Building in its Campus. Candidates may obtain any information/clarification regarding this examination on working days between 10.00 AM to 5.00 PM, in person or over telephone No.011-23385271, 011-23381125 and 011-23098543 from this Facilitation Counter. Candidates can also obtain information regarding their result by accessing UPSC website http://www.upsc.gov.in

The marks-sheet of candidates who have not qualified, will be put on the Commission’s website within 15 days from the date of publication of the final result of OTA (after conducting SSB Interview) and will remain available on the website for a period of 60 days.