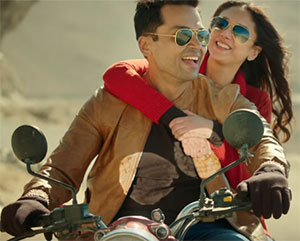 Mumbai: The makers of Kaatru Veliyidai released the trailer of the film and Aditi Rao Hydari looks drop dead gorgeous in the trailer. Her expressions speak a lot about her acting talent and we can't wait to see the entire film!

The film is directed by ace director Mani Ratnam. Aditi is one of the few actresses who got the opportunity to work with Ratnam so early in her career.

The film is all set to release in both Tamil and Telugu on April 7th, 2017.

On the work front, Aditi Rao Hydari is currently shooting for Bhoomi in Agra. The actress will also be seen in Sanjay Leela Bhansali's magnum opus Padmavati.