PM Modi's Message on the Occasion of Anti Leprosy Day 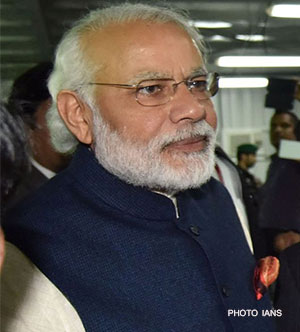 The Prime Minister, Shri Narendra Modi, has called for a collective effort to completely eliminate the 'treatable disease' of leprosy from India.

In a message on the occasion of anti-leprosy day, the Prime Minister said that we have to work together for socio-economic uplift of the cured persons and for their contribution in nation-building. He said we have to strive hard to ensure that these citizens of our country lead a life with dignity that Mahatma Gandhi dreamt of.

The Prime Minister recalled that Mahatma Gandhi had an enduring concern for people afflicted with leprosy. His vision was not just to treat them, but also to mainstream them into our society, he added.

The Prime Minister said that the effort to eliminate leprosy from this country under the National Leprosy Eradication Programme is a tribute to Mahatma Gandhi’s vision. He recalled that this programme was launched way back in 1955. He noted that the goal of leprosy elimination as a public health problem i.e., prevalence rate of less than 1 case per 10,000 population at national level was achieved in 2005. He said that although the case detection rate thereafter has marginally decreased, visible deformity at the time of diagnosis has increased. He said that as a country, we have to leave no stone unturned to not just reach the last mile but also to work together to eliminate the social stigma attached with this disease.

The Prime Minister mentioned that a three-pronged strategy for early detection of leprosy cases in the community was introduced in 2016 under the National Health Mission, especially in the hard-to-reach areas. A special Leprosy Case Detection Campaign was carried out in 2016. As a result, more than 32000 cases were confirmed and were put on treatment. In addition, persons who are in close contact with the patients were also given medicine to reduce the chances of occurrence of the disease in them.