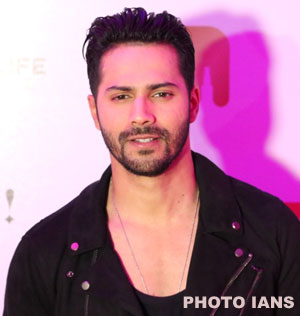 Zoya Akhtar’s ‘Gully Boy’ is a age story based on the lives of street rappers from Mumbai’s chawls and ghettos.

Director Zoya Akhtar also made best movies like ‘Zindagi Na Milegi Dobara’ and ‘Dil Dhadakne Do’ and now she is going to make her next movie but who will be the lead actor in her ‘Gully Boy’ is now a suspense after Varun’s comment.

Varun said at the Star Screen Awards said, “That's not true at all. I am not doing that film.” Varun Dhawan who was in “Dhishoom” has just now completed “Badrinath Ki Dulhania” which also stars Alia Bhatt.

This film is directed by Shashank Khaitan is the romantic comedy is all set to release on March 10.

A sequel “Judwaa 2” of the 1997 Salman Khan starrer “Judwaa” Varun also thinks that it is a “big responsibility” for him.

Judwaa 2 will be directed by his father, David Dhawan.