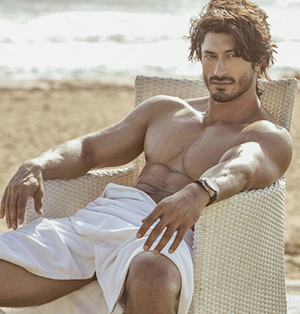 Vidyut Jammwal selected this movie because this movie will challenge him as an actor and a martial artist both.

Vidyut will play the character of the blind man in the film who will be seen performing daring stunts. For the same, Vidyut plans to interact with the visually challenged people to get into the character. Vidyut has begun work on designing the action for his role in Aankhen 2.

Vidyut is a big fan of Aneez Bazmee's work and when the film was offered to him, he could not say no to it. The audience will get to see a very different side of the actor in the film as he will be seen performing a lot of action as a visually challenged person.

Aankhen 2 is directed by Gaurang Doshi and Jammwal will share screen space with Amitabh Bachchan, Anil Kapoor and Arjun Rampal.

The shooting of the film will starts from April and will be shot for three months extensively.

Aankhen 2 is a sequel to a 2002 release Aankhen which was directed by Vipul Amrutlal Shah. In that movie three blind men rob a bank that was once headed by Amitabh Bachchan and Sushmita Sen also played an important role in the film. The character of blind men were played by Arjun Rampal, Paresh Rawal and Akshay Kumar.