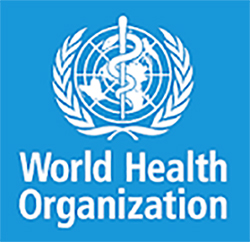 The World Health Organization is calling for medical evacuation of the sick and injured from east Aleppo to be resumed as quickly as possible. Almost 200 patients were safely transferred to hospitals in western rural Aleppo, Idlib and Turkey before all evacuations were aborted this morning, leaving many more in need of medical care stranded.

"The medical evacuation has only been underway for 24 hours, and there are still large numbers of women, infants and children under five amongst those who need medical care,” says WHO Syria Representative, Elizabeth Hoff in Aleppo. “They had to leave the collection area and return to their houses. We hope that the evacuation will resume promptly.”

WHO has been supporting the medical evacuation, together with ICRC and the Syrian Arab Red Crescent. The Organization’s staff was told this morning that the operation has been aborted and they should leave the area.

The medical evacuation is being managed with the WHO field presence in Gaziantep, Turkey, from which 113 ambulances as well as 17 mobile teams have been deployed and coordinated. Eight hospitals in western rural Aleppo, Idlib, as well as hospitals in Turkey, are treating the medical evacuees, the majority of whom are suffering from trauma injuries.  Medical supplies sufficient for more than 279 000 treatments and 6000 surgeries have been provided by WHO to ensure evacuees can receive the level of care they need.

“By 7 this morning 194 evacuated patients had arrived at hospitals. Of these, 71 are being treated in Turkey - many of them for war wounds including brain and eye damage.  Others are being given urgently needed help for chronic diseases such as diabetes that have been left untreated during the siege. But there are many more left behind with critical needs,” said Dr Pavel Ursu, WHO Turkey Representative.

WHO, together with the rest of the UN and its partners are calling on all parties to the conflict to resume the evacuation of the injured and sick patients who are trapped in eastern Aleppo and to ensure the safety of all health workers.