Things not to eat before going to bed 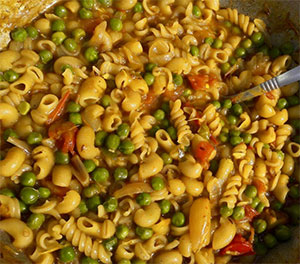 Some food items have the tendency to disturb your sleep if taken regularly. So one should eat carefully to stay fit and fabulous but keeping a check on your diet before going to bed needs extra attention.

The Nutrition Expert, Oriflame India, Sonia Narang lists those products which shouldn’t be consumed at night.

Starting from the Chocolate, which are considered as a healthy food that contains magnesium and antioxidants, but it is also contains caffeine, which could keep you awake. So one should avoid it specially during nighttime as it may create hindrance in your sound sleep.

The next one is nut butter, which is a healthy source of fat. Also, it may help in losing weight but fats digest slow and may remain present in you stomach all night if consumed in large quantities, hence, may lead to disturbed sleep. So keep high fat foods like (nuts, cheese, cream sauces) relatively low at night.

Whereas chilies and spicy foods are healthy if made with the right mix of ingredients, but they are spicy, may end up causing heartburn, if consumed late in the night and may result in killing you sound sleep. So heavy spiced foods should be avoided during night because if your sleep is disturbed, your health will deteriorate.

As you know Greasy, heavy, fatty foods would make your stomach overwork throughout night, resulting in disturbed sleep and making you sluggish next morning. So foods like fast food, nuts, ice cream, or super cheesy foods should be avoided before bed.

We love to eat Chinese food but at night it is important to avoid during night as the MSG (Monosodium Glutamate, flavour enhancer) found in Chinese food works in a similar manner, as the caffeine would do in the body, making it really difficult to fall asleep.

We consider milk to be a rich source of protein and calcium, it may kill your sleep if you drink it before bed because of its lactose content that can create digestive issues in many individuals. Especially if you are lactose intolerant, you should definitely avoid it.

Eating red meats and other non-veg items in large amounts at night will remain in your digestive system for long time and it will make it hard for you to get sound sleep while you're digesting. So red meat and eating a large portion of chicken or pork may affect you the worst leading to troubled sleep along with weight gain.

Whereas the another, item Celery is a vegetable that act as a diuretic in the body, hence results in making you pee a lot. Hence you should avoid taking celery at night.

On the other hand, If large amounts of rice are taken at night, it encourages your body to store excess fat that it doesn't need and make it harder to lose weight. It can also lead to water retention.

These are the items which can cause improper digestion and can harm your body if you take them at night and may kill your sleep. So avoid these things to eat before going to bed.