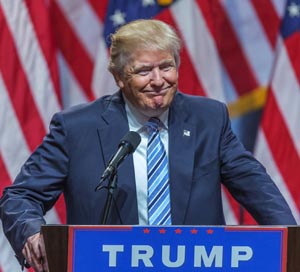 EFE news reported that these announcements made by the presidential transition office in New York, whereas the newly elected president Donald Trump is away for the Thanksgiving holidays in Florida.

For the appointment of McFarland no Senate approval is required will serve under the Rd. Gen. Michael Flynn, earlier this was name was previously picked up by Trump to be his National Security Adviser and that designation must be approved by the Congress.

Current Security Analyst for the Fox News television network is the future Deputy National Security Adviser and she worked in that capacity for the administrations of Richard Nixon (1969-1974), Gerald Ford (1974-1977) and Ronald Reagan (1981-1989).

Complimentary words about McFarland’s from Donald Trump for her new position, the statement included “tremendous experience and innate talent.”

During the electoral campaign of Trump McGahn acted as an adviser and who is a partner in a Washington law firm continues in that position as part of the presidential transition team.

Different foreign leaders congratulated Donald Trump on his victory in the November 8 election and Trump continues his telephone conversations for the same, the transition office reported.

Donald Trump recently spoke with Panamanian President Juan Carlos Varela and with Greek Prime Minister Alexis Tsipras, by a statement by the transition team and previous reports indicated that 30 heads of state and government, congratulated him on his victory at the polls on November 8.