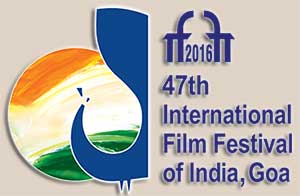 Aiming to offer superior image quality to the audience, the 47th edition of International Film Festival of India shall use Barco's laser projection technology for the first time. Living up to its nature of setting standards for film festivals in the country, IFFI becomes the first film festival in India to introduce new trend by using this breakthrough technology. All films at 47th IFFI are being screened using this technology.

Barco’s laser phosphor digital projector model ‘DP2K-20CLP’ offers a range of benefits including considerable cost-savings and enhanced viewing experience, while allowing simple operations for projection. Instead of using the regular lamp based light source that degrades rapidly, DP2K-20CLP’ works with blue laser technology, where colours are generated through the phosphor wheel.

Barco India is excited to work with IFFI as the technical partner, as this opportunity has enabled to showcase new technology and will offer dynamic visual display. The audience at IFFI is going to enjoy the screenings projected by DP2K-20CLP.

The ultra - clear image quality of the model used in IFFI 2016 delivers high and uniform contrast. This laser phosphor projector offers a resolution of 2048x1080 pixels and is compatible with most of the 3D systems. The unique cooling system of DP2K-20CLP and 30,000 hours lifetime at 50% light output, together make the projector cost effective.