All India JEE (Main) ranks to be declared on July 8 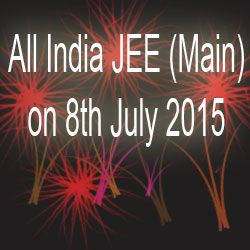 Central Board of Education (CBSE) is going to declare the ranks for All India JEE (Main) on 8th July 2015 .

This delay is because many states are not able to provide the Class 12 marks to CBSE on time.

Once the ranks are declared students can check their rank by accessing the official website of the CBSE.

On the basis of the ranks the students will be able to choose the seat which will be allocated in the counseling round.

CBSE is expected to declare the rank for All India JEE (Main) on 8th July 2015.