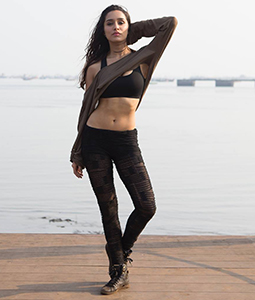 'Sun Saathiya' from Shraddha Kapoor's upcoming film 'ABCD 2' has been gaining popularity since its launch & the fans haven't stopped raving about her dance moves. Shraddha has been overwhelmed with the response received and is excited about the release of the film. The much loved track is proving to be a chartbuster and has already garnered over 10 million views on YouTube.

The music video featuring Shraddha Kapoor and Varun Dhawan depicts the love story of their characters-Vinnie and Suresh. Shraddha Kapoor is seen showcasing some of her sleek dance moves to the melodious beats of the song. Speaking about the milestone, Shraddha said, “Crossing 10 million views for 'Sun Saathiya' is absolutely thrilling. I am very happy that audiences are showing so much love and support.”

'Sun Saathiya' is written and sung by Priya Saraiya and Divya Kumar, and has been composed by talented duo Sachin-Jigar.