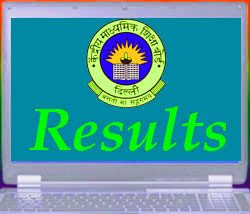 CBSE Class 10th and 12th results 2015 is likely to be declared on today 12 pm by the Central Board of Secondary Education (CBSE), New Delhi.

The results of CBSE Class 10th and 12th 2015 will be available on the official website of CBSE at http://cbseresults.nic.in/. Moreover, candidates can also check their results via SMS.

Many schools including Kendriya Vidyalayas, Jawahar Navodaya Vidyalayas, private schools, Government Schools, Independent Schools and Central Tibetean Schools are affiliated from CBSE at present and is considered to be one of the biggest exam of the country.

Newstrackindia.com wishes all the candidates 'GOOD LUCK' for their CBSE Class 10th and 12th results 2015.