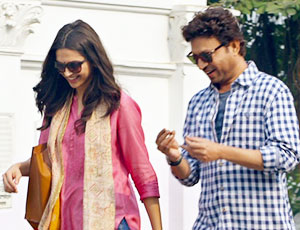 Mumbai, April 15, 2015: The song track 'Bezubaan' from the Amitabh Bachchan  upcoming movie 'Piku' is released. Last trailer of the movie received overwhelming response from the users.

Shoojit Sircar's family comedy drama, 'Piku' that has been in news for an overwhelming response to its trailer and its 'Journey Song', is now out with its second track: 'Bezubaan'.

Incidentally, the song happens to be Shoojit Sircar and music composer Anupam Roy's favourite. Director Shoojit adds, "Bezubaan was the first song that Anupam composed for Piku and this led me to offer him the entire album of the film, as a debut music director in Bollywood! The song is romantic yet nostalgic and my personal favourite. It's melody at its best.” ' Bezubaan' has been sung by Anupam himself and he has co-written its lyrics with Manoj Yadav.

Stars in the 'Piku' Movie are:

The 'Piku' movie is Hindi movie which is all set to release on May 08, 2015 in box office in India. 'Piku' movie is comedy-drama film directed by Shoojit Sircar. In the movie Amitabh Bachchan plays the role of an aging father.