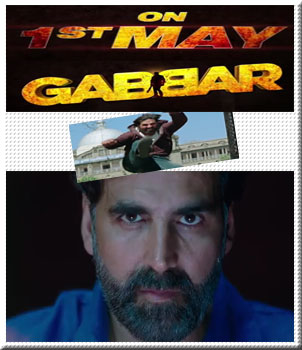 New trailer of the Gabbar is Back is released features the starts Akshay Kumar and Shruti Haasan. The Hindi Movie Gabbar Singh is upcoming Hindi movie is scheduled to released on May 2015.

The trailer of the upcoming Hindi action drama movie is release on the Youtube video sharing website film directed by Krish and produced by Sanjay Leela Bhansali.

Trailer of the 'Gabbar is Back' featuring Akshay Kumar and Shruti Haasan:

This trailer is featuring top star Akshay Kumar, Akshay Kumar  is know for his best movies.

Old Official Trailer of the movie 'Gabbar is Back':