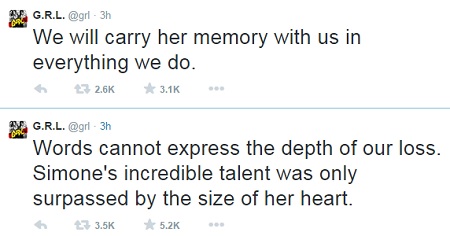 The rising pop singer Simone Battle was found dead in her Los Angeles home on Friday, the Daily Mail reports. The cause of her death is still under investigation.

GRL Twits says "Words cannot express the depth of our loss. Simone's incredible talent was only surpassed by the size of her heart.", "We will carry her memory with us in everything we do.".