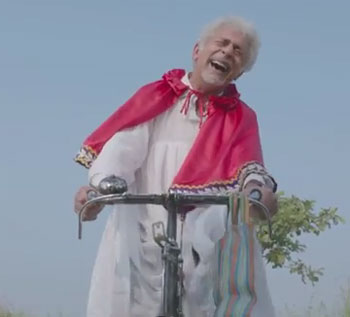 Homi Adajania's quirky comedy, Finding Fanny, collected 19.9 crore nett over the weekend in India and 1.6 million dollars from the overseas market to record a thundering start at the box office. The film is being hailed as the break-out film of 2014!

Riding on tremendously positive reviews and great word of mouth, the movie witnessed steady growth day on day and the makers are thanking the audiences for their continued support for the film.

"The weekend windfall of 19.9 crore across India and 1.6 million dollars internationally has surpassed all expectations. Initially the industry was overwhelmingly supportive and now the audiences have made Finding Fanny their own. Maybe niche is the new cool and experimental isn't a profanity for a producer anymore. I'm glad we took this chance because it's much more than just the commerce," says Dinesh Vijan, the producer of Finding Fanny.

Vijay Singh, CEO, Fox Star Studios, says, "Finding Fanny has set a new benchmark in the industry. It's success only proves that there is no formula when it comes to filmmaking. A good film will be accepted, owned and supported by audiences. They have become the evangelists of the film and we are proud that we supported this gem of a film that is certainly the break out film of this year."