Sharad yadav 'astonished and shocked' on the party under RTI issue 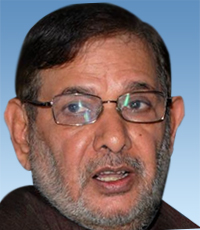 Janata Dal (U) president Sharad Yadav has expresses his astonishment and shock on move in which it has been said that parties will come under R.T.I as ruled by Central Information Commission. He has said that he is completely against this move and therefore the Central Government should immediately come forward to scuttle it.

He further said that it is not practical to share resolutions of the parties which are made in their Executive Committee meetings and also to share the process of selection of candidates for the Party organizations.One has to understand that as to how it is possible to divulge the information about inner matters of any political party.

There is no denying the fact that there will be flood of applications seeking information on small inner matters of the political parties which will be of no use to the general public but this will add to unnecessarily work load on the parties.