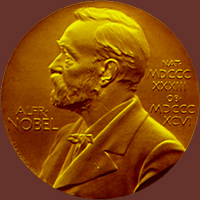 This year's Nobel Peace Prize nominees include 209 individuals and 50 organizations taking the total to 259 nominees.

Nobel Peace Prize is awarded in Oslo, while the other Nobel Prizes are presented at ceremonies in Stockholm, capital of Sweden.

Winner will be announced in October and the awards will be presented on Dec. 10, the anniversary of Alfred Nobel.

Some of the expected nominees of Nobel Peace Prize 2013 are:

Committee who selects the Peace prize nominees never reveals its list of candidates but a wide range of officials, laureates, university professors, members of parliament and organizations from all over the world who have the right to submit nominations can reveal the names they have put forward publicly.