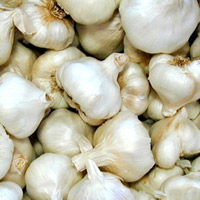 There is good news for those who believe in herbal therapy. Researchers at Washington State University have observed that a compound in garlic is 100 times more powerful than two most commonly used antibiotics at fighting the Campylobacter bacterium, a bacterium that is linked with intestinal illness,

"This work is very exciting to me because it shows that this compound has the potential to reduce disease-causing bacteria in the environment and in our food supply," Dr. Xiaonan Lu, a postdoctoral researcher and lead author of the study has been quoted as saying.

Michael Konkel, a co-author who has also been conducting research on Campylobacter jejuni for 25 years, said, "This is the first step in developing or thinking about new intervention strategies."

"Campylobacter is simply the most common bacterial cause of food-borne illness in the United States and probably the world," Konkel explained.

Some according to the Centers for Disease Control and Prevention has said that around 2.4 million Americans got affected every year with symptoms that include diarrhea, cramping, abdominal pain and fever. The bacterium is also linked with accelerating nearly one-third of the cases of a rare paralyzing disorder called as Guillain-Barre syndrome.

A large number of these infections start from consuming raw or not well cocked poultry or foods that have been cross-contaminated through surfaces or utensils used in cooking the poultry.

Lu and his team of researchers examined the ability of the compound made up of garlic, diallyl sulfide, to wipe out the bacterium when the bacterium is safeguarded by a thin biofilm. This slim biofilm makes it 1,000 times more resistant to antibiotics than the free floating bacterial cell.

The team of researchers also observed that the compound is efficient enough to easily penetrate the biofilm that safeguards bacterium and kill bacterial cells by combining with a sulfur-containing enzyme. With this combination, it becomes able to change the enzyme's function and efficiently disrupting cell metabolism.

The scientists reached at the conclusion that the diallyl sulfide was as effective as 100 times as much of the commonly used antibiotics erythromycin and ciprofloxacin. It also has an ability to work faster and to and would often work in a fraction of the time.

Formerly Lu and WSU colleagues have published two works in Applied and Environmental Microbiology and Analytical Chemistry. The team observed that diallyl sulfide and other organosulfur compounds efficiently destroy important foodborne pathogens, such as Listeria monocytogenes and Escherichia coli O157:H7.

Konkel warns that the new studies are at the basic stage, well removed from an actual application.

Consumption of garlic is considered a healthy practice, it is improbable to prevent Campylobacter-related food poisoning.

However, "diallyl sulfide may be useful in reducing the levels of the Campylobacter in the environment and to clean industrial food processing equipment, as the bacterium is found in a biofilm in both settings," Konkel has been quoted as saying.

"Diallyl sulfide could make many foods safer to eat,” Barbara Rasco, a co-author on all three recent papers and Lu's advisor for his doctorate in food science has been quoted as saying.

"It can be used to clean food preparation surfaces and as a preservative in packaged foods like potato and pasta salads, coleslaw and deli meats.

"This would not only extend shelf life but it would also reduce the growth of potentially bad bacteria," she said.

The Journal of Antimicrobial Chemotherapy has published these finding in its recent issue.