Abishek Kapoor to start shooting 'The 3 Mistakes Of My Life' 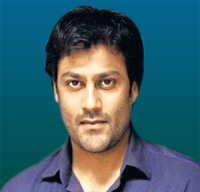 With super hit musical "Rock On!!" to his credit, director Abhishek Kapoor will don the directors hat once again for his untitled flick based on the novel "The 3 Mistakes Of My Life". The director says that the shooting for this film will begin this month.

"I have locked the script. We are ready to roll the cameras. We are going on floors from this month (April)," Abhishek whose first directorial venture was Aryans told IANS.

The "3 Mistakes Of My Life" is a novel written by Chetan Bhagat’s and the film will be its screen adaptation.

However Kapoor refused to reveal about the star cast and said: "We will make an official announcement soon."

Answering to the question, whether he has finalized Prateik to play one of the characters, the director said: "No it's not true."

Kapoor became famous after success of "Rock On!!", which is known for the acting debut of director Farhan Akhtar. For his performance in the film Arjun Rampal won his first National Award.