Charlie Sheen and dad Martin to act together in 'Anger Management' 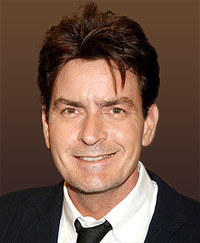 Film and television actor Charlie Sheen has said that he and his actor father, Martin will work together in new comedy show 'Anger Management' where his father will be essaying the role of his on screen dad.

The 46-year-old actor, who acted in "Everybody Loves Raymond", is set to make his TV comeback with the new comedy show.

In this upcoming show Sheen portrays an ex-baseball star undergoing therapy. The show is based on the 2003 Jack Nicholson film of the same name, and will be on the air this summer.

"We're going to find out this guy does have major issues with his pop and when that character does finally show up it will be my dad," he told Access Hollywood as per the Sun reports.