Ayurveda:The Better way to be healthy 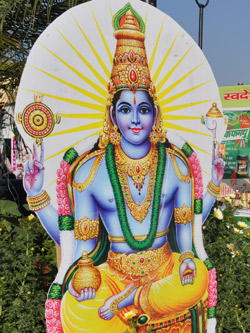 Ayurveda is not just a medicinal practice rather it teaches us the way of life which shows the suitable way to be healthy. Ayurveda assumes that the body of every individual is different from inside and it directly related to the diet taken by the person. That is why Ayurveda focus on the diet which shows that what one need to eat and what to not, to maintain body free from any ailments.

Ayurveda is the most ancient and holistic way of treatment which has linked with medicine with the spirituality. The wide vision of Ayurveda can be easily understood by the facts that treatment only is not enough rather to be healthy should be the prime objective for mankind. The basic vision of Ayurveda is to maintenance and promotion of health, prevention of disease and cure of sickness. In fact it is the one of the glorious gifts from the Indian golden heritage to the rest of the world which has the essence of Indian culture and traditions. Perhaps Ayurveda is the single treating or healing systems which relates the human body and disease with the spirituality.

Ayurveda beliefs in the fact that temporary relief from the ailment is not enough rather trouble should be removed from its root. Permanently eradicating the trouble is the objective of Ayurveda and if someone follows the instructions of his dieting and some other thing, the trouble can’t be appear again in the body.

Basically Ayurveda focus on the facts that human body consists of three dosha (vata, pita and kapha) which is the root cause for any disease. Ayurveda says that the five important elements are responsible for every entity in the world which is earth, water, fire, air and ether. According to basic principal of ayurveda each element is represented in the human body. For examples in a human body bones and teeth represents the earth, blood and lymph are water, metabolism in human body is fire and ether is the spaces found between matters and represented by vibration of sound. These five elements are responsible in creating the above three dosha in the human body which creates trouble or ailments if found in imbalance levels.

If these dosha occurs as an imbalance in the body then it creates some trouble and called a disease. It is interesting that these three dosha appears differently in various individuals and defines their basic qualities. Thus it is essential to keep balance all the three doshas in human body as it governs the basic character and activities of the person.

In the same way pitta in the human body governs various functions including eyes, desire, and assimilation, metabolism for healthy nutrients and tissues etc.
Kapha is responsible for moisture for nose, mouth, eyes and brain. It also governs sense of taste, protects the hearts, strong muscles and healthy lungs. If there is an imbalance in the kalpha then certainly it affects badly the respiratory system which cause many troubles related to this.

Ayurvedic treatment is based on the finding the imbalance level in the three dosha and healing the same. There are four ways in the finding the disease and treating them like shodhan or cleansing, shaman or palliation, rasayana or rejuvenation and satvajaya or the mental hygiene.

For the treatment of the disease, ayurveda uses various ways including herbs, yoga, Diet, Breathing exercises, Massage etc. Panchkarma is another way which effectively helps patients in getting rid of the trouble with complete ayurvedic way of treatment. But the basic and core factor of the ayurvedic treatment system is to remove the trouble permanently and not temporarily. Ayurveda believes in the fact that mother earth has solution of every problem and we have to follow the basic principles of nature.