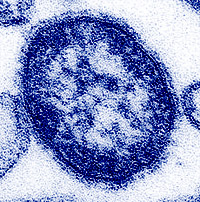 A recent study made by WHO along with researchers from Penn State University in the United States and from the U.S. Centers for Disease Control and Prevention (CDC) has shown that the death rates from measles has fell to 74% globally from 2000 to 2010 in comparison to the set target of 90% reduction in the death rates. The major reason for missing the target is the low availability of vaccine in India and Africa where the case of death due to measles were tens of thousands a year.

Measles is a contagious viral disease that spreads when an already infected person breaths, coughs or sneezes. The disease has no specific treatment till date and is mostly overcome by the natural immunity of a person that helps the patient to recover in 2 to 3 weeks. The disease can lead to sever complications especially to the person with weak immune system including blindness, encephalitis, severe diarrhoea, ear infections and pneumonia. However, the disease can be prevented through proper immunization and vaccination.