Researchers identifies the genes that increase risk of osteoporosis and fractures 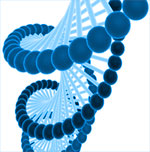 The researchers have found the genetic variations that are believed to be responsible for causing osteoporosis.

Women has the higher risk of fracture up to 50 percent due to to higher proportion of genetic variations that are associated with the cause of osteoporosis.

Osteoporosis is one of the most common age-related disease and about 50 percent of all who encounters a hip fracture after the age of 80 years are likely to die within one year from the time of fracture.

Though the consequences of the disease were well known but the causes of its occurrence were still in ambiguity.

In a international study, which is led partially from the Sahlgrenska Academy at the University of Gothenburg, Sweden, researchers have successfully identified a total of 56 genetic regions responsible for controlling the bone density in human beings.

According to the study, fourteen of these genetic variants are responsible for increasing the risk of fractures.

"This is the first time anyone has identified the genetic variants that are so strongly associated with an increased risk of fracture," said Claes Ohlsson, a professor at the Sahlgrenska Academy.

The research was carried out by an international consortium, that also involved the researchers from Umea University, Uppsala University and Malmpo University.

The researchers went through the genetic make-up of a total of 80,000 people and 30,000 fracture cases during the entire study and thus making it the world's largest genetic study in this specific field of research.

The findings of the research has thrown light in the field of bone biology. In addition to that, the researchers has identified many important molecular signaling pathways for bone density that can be used as targets for new treatment methods and therapies.

"In addition to already known proteins and pathways that were confirmed by the study, we are now facing a whole new biology in the field of bone research," stated Ulrika Pettersson, Associate Professor in the Department of Pharmacology and Clinical Neuroscience, Umea University, and co-author of the study.

The details of the finding has been published in the world-leading journal Nature Genetics.