No relief to abducted MLA; likely to remains till April 25 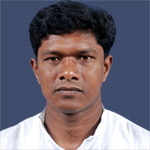 The abducted Biju Janta Dal (BJD) legislator Jhina Hikaka is still in the confinement of Andhra Odisha Border Special Zonal Committee of the CPI (Maoist), that had kidnapped MLA from Koraput district on March 24 and are likely to present Jhina in praja court (People's Court) for deciding his fate of release, sources said.

A leading News Channel (NDTV) has ruled out the speculation about Hikaka's release report stating that as per its sources, it was wrong news that Maoists have freed Jhina at 1 a.m. on Thursday/Friday night at an unknown spot.

Another news sources informed that the Maoists may present BJD legislator before praja court for beginning trail against him seeking the fate of his release, as they have no faith in government.

The trail may begin from Friday morning, sources added.

Meanwhile, Odisha government has once again appealed to Andhra Odisha Border Special Zonal Committee of the CPI (Maoist) to set free Jihna Hikaka in healthy, unhurt and in good condition immediately as government has accepted to withdraw charges against 13 prisoners.

However, it has denied any report of Jhina's release or presenting him before praja court.