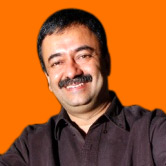 "We have always wanted to make the third film but it is getting delayed because it shouldn't look like we are making it only to encash it," Hirani has been quoted as saying.

"We want the third to be better than the previous two. So, it is getting delayed because script-wise it still needs to be strong...but we will definitely make the third film," this National Award and Filmfare Award winning director has said.

Hirani said this at a festival organized to celebrate producer Vidhu Vinod Chopra's three decades in the film industry.

On this occasion Hirani also said that actors Sanjay Dutt and Arshad Warsi, who essayed the Munna and Circuit in the previous films of this series will also star in the upcoming films.

"Sanju is Munnabhai, I can't imagine anybody else as Munnabhai. Sanju and Arshad as Munna, Circuit," he added..

Sanjay says being a part of "Munna Bhai" changed his life for good.

"From my career, my daily life to my image, everything has changed because of 'Munna Bhai', it's so important," the famous director said on the occasion.

"It is a memorable film, a memorable role. Actors very rarely get a chance to do such a role and I think I am lucky," he said.

In the first film of this series "Munna Bhai M.B.B.S.", Sanjay played the character of a faux medical student, who has an innovative way of treating people.