Denying the daunting impacts of global warming is just a foolishness 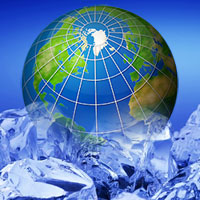 One of the world's famous senior scientists has vindicated that current ignorance about the terrifying effects of manmade global warming is "just foolishness."

The rest of the world has now "pretty well given up" on its hope and truest for the leadership of U.S. in tackling global climate change, reported Peter Raven.

His calculations has strengthened the findings at the recent global climate summit in Durban, South Africa, that the vigorous anti-climate science movement in the U.S. has significantly spoiled the image of America in front of the European leaders who are fighting to deal with the devastating impacts of global warming, ABC News reported.

Raven, the co-inventor in 1964, along with biologist Paul R. Ehrlich, of the bedrock concept of co-evolution, has served as a trusted adviser of American presidents for a long time and had been into many other positions of state and government. In addition to that he has been a religious leaders comprising popes, and countless congressional, academic and scientific leaders in the United States and across the world.

On being asked upon what he thinks of the increasing claims of some political parties in the United States that the science and panic about the manmade global warming was "a hoax", he responded patiently, "Oh, it’s just foolishness."

"It's not a matter of conjecture anymore," he said.

"Climate change is the most serious challenge probably that the human race has ever confronted," he added.

In addition to that, Raven also briefed the almost unanimous understanding of the world's climate scientists and other responsible experts about the catastrophic effects of manmade global warming has started.

"There is virtually unanimous consensus among the world's scientists who work in the area that human beings are the major reason that this is so (the world's average temperature rising)," wrote Raven from London.

"Because, just as first noted by the Swedish chemist Arrhenius in 1895, when you add more carbon dioxide or other co-called greenhouse gases to the atmosphere, you make it warmer." He added.

The scientific and academic surveys have confirmed this view among the climate scientist across the world.

It found that "97-98 percent of the climate researchers most actively publishing in the field ... supported the basic tenets of ACC (manmade global warming) established by the Intergovernmental Panel on Climate Change."

It reported that "the relative climate expertise and scientific prominence of the researchers unconvinced of (those tenets of climate change) are substantially below that of the convinced researchers."

"Two years ago," Raven added, "the world was hoping for U.S. leadership on this question, global climate change, and now it has pretty well given up, with us as the only hold-out nation on the science."