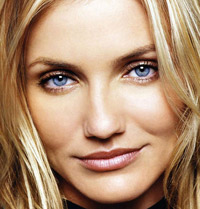 As per reports actress Cameron Diaz is thinking of adopting children.

The ‘My Best Friend's Wedding’ star who has formerly dated Justin Timberlake and Alex Rodriguez, has said that she does not want to be bound by societal norms and says she won't mind expanding her family without getting pregnant, says a femalefirst.co.uk reports.

"Society definitely puts pressure on women to make them think their lives should go a certain way,” Diaz has been quoted as saying..

"I've never said I don't want children - I just haven't had children yet. I don't know what's going to happen in my life.

"I could end up adopting children. I could end up with a partner who already has children. Who knows? I'm not trying to fit into anyone's box about how I should be. I just fit in my own box," she added.