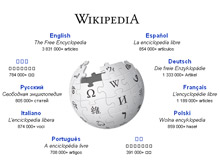 If you are extremely internet savvy and always believe on web for accessing information regarding any business or company, may face chagrin any time especially in group discussion and interviews as 60% of data entries in World's biggest online encyclopedia have factual errors, a latest study on the this topic has warned it.

"It does not surprise me that so many Wikipedia entries contain factual errors," said Marcia W DiStaso, assistant professor of public relations at Penn State University, who conducted the research.

"A high amount of factual errors doesn't work for anyone, especially the public, which relies on Wikipedia for accurate, balanced information," says DiStaso.

Results of the survey indicate a gap exists between public relations professionals and Wikipedia concerning the proper protocol for editing entries, according to a Penn statement.

When respondents attempted to engage editors through Wikipedia's "Talk" pages to request corrections of facts in entries, 40 per cent said it took "days" to receive a response, 12 per cent indicated "weeks," while 24 per cent never received any type of response.

According to a news agency which content to Wikipedia, its standard response time to requests for corrections is between two and five days. Only 35 per cent of respondents were able to engage with Wikipedia, either by using its "Talk" pages to converse with editors or through direct editing of a client's entry.

Respondents indicated this figure is low partly because some fear media backlash over making edits to clients' entries. Respondents also expressed a certain level of uncertainty regarding how to properly edit Wikipedia entries.

Of those who were familiar with the process of editing Wikipedia entries, 23 per cent said making changes was "near impossible". Twenty-nine per cent said their interactions with Wikipedia editors were "never productive".

"What is surprising, however, is that 25 per cent of survey respondents indicated they are not familiar with the Wikipedia articles for their company or clients. At some point most, if not all, companies will determine they need to change something in their Wikipedia entries," said DiStaso.

Without clear, consistent rules from Wikipedia regarding how factual corrections can be made, this will be a very difficult learning process for public relations professionals.

I find Wikipedia to a great source for information. It is indeed correct that information in textbooks is checked for factual accuracy by subject experts but Wikipedia does invite editors to check the material published online for accuracy. Whether all of the editors are unbiased or honest is another matter