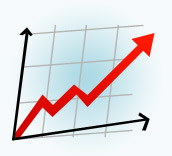 Inflation has long been the common man's concern about economy. In regular social discourse and everyday conversation inflation is commonly referred as the synonymous index for the price hike of daily commodities. Though inflation is the most immediate economic parameter to be associated with the hike of price, it has its long and far reaching effects on the society and social concerns. Globally the strong currencies those control the monetary strategies in the international level are less vulnerable to the effects of global inflation than the currencies of the poorer and developing nations. So in respect of obtaining a better view of the effects and influence of inflation on the society we need to take mainly the experience of poor and developing nations which are commonly termed as Third World. Let us see the global effects of inflation in these countries in relation to the crisis that emerged in the recent past.

Though inflation has always been a major public concern and always been subject to heated political debate, it is a astonishing truth that since 1950 India has experienced one of the lowest inflation rates in the world in comparison to other developing countries and most of these years it had consistently maintained a steady control over the inflation rate by limiting it to only a single digit figure. The biggest turmoil of inflation came in the year 2008 to 2009 when India experienced both the highest ever rate of inflation in the country and the lowest rate also within span of just few months. Though with proper and efficient fiscal management India has been able to mostly avoid the disastrous global effects of inflation, various sectors of Indian economy suffered from the onslaught of inflation in various periods. Presently Oil and aviation fuel, automobile, banking, steel and cement are some of the key industries that are mostly suffering from the present inflation syndromes. Among other industries IT, FMCG or consumer durable industries are facing pressurized by the effects of inflation and either increasing the price of their deliverables or initiating severe cost cutting measures.

Global Effects of Inflation in Other Emerging Economies

India Brazil, South Korea, China, South Africa, Russia, Turkey, Indonesia, Thailand, Philippines have suffered most among the third world emerging economies in the recent past due to inflation. Indonesia suffered the effects of inflation in the most unprecedented way. The inflation took almost a full swing by making the foreign investors surprised. When last year Indonesia was rather a favorable country for foreign investors, now the most of the foreign investments in the government bonds are quitting. Brazil is the country that saw the world's highest inflation rate ever and still it leads in the inflation rate globally. And though the country is steady on its economic progress, inflation has been a persistent concerning area. Interest rates are shooting up and most of the central banks are not being able to come above the curve. Fiscal policies in most of the emerging economies are tightening.

Though global effects of inflation are tightening their grip on the emerging countries, many of these economies are being seen as the springboard of next financial uprising in the global economic situation.

I am so glad that having the sending me answer.