Spending time with spouse is the key to successful marriage: Khloe 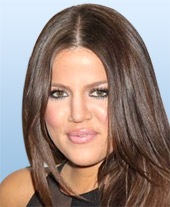 The 27-year-old who dons many hat as businesswoman and TV personality says is married to sportsman Lamar Odom. She admits that it is easy for couples to drift apart in the absence of an effort to keep their relationship alive.

"Without two people trying, there is no marriage,” she has been quoted saying on showbizspy.com.

"With our busy schedules we have to make time for each other. Once you forget to do the little things, it's easy to grow apart," she added.

The 27 year old confesses that admits that she is in no rush to start a family.

"At first it put pressure on me. Now I'm letting nature take its course. I'm more flattered by the interest than anything else," she added.